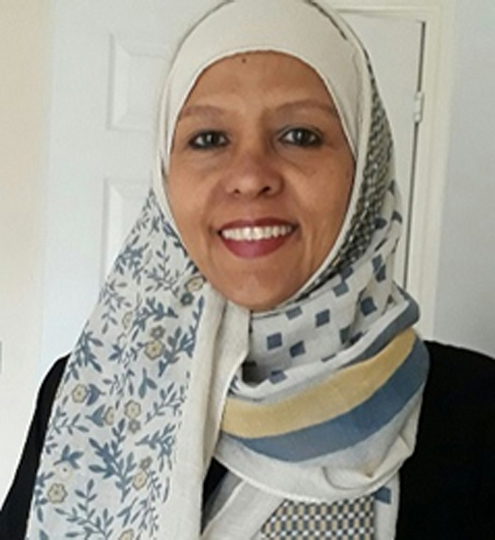 Shirin Ramzanali Fazel’s Far from Mogadishu was published twenty years ago, in 1994, and reprinted once, in 1999. The current republication is an expanded version in English that revisits that text. Although it was distributed by a small publisher, Far from Mogadishu is crucial in the contemporary literary panorama. Far from Mogadishu was one of the first texts to present from the point of view of the colonized Italian colonial history, a period about which a guilty amnesia is in force. Somalia was an Italian protectorate from 1885 to 1905. It later became a colony, included in the empire from 1936 until the end of the Second World War. From 1950 to 1960, the United Nations entrusted the former colonizers with the administration of Somalia (AFIS) 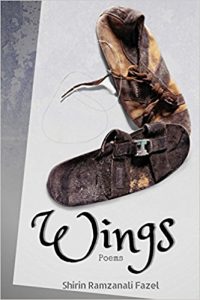 The AFIS was a sort of colonialism with a time limit, where Italy left administrators already present in the territory, mostly fascists, in the ex-colony. Shirin was born in this period, to be precise in 1953; she had a Somali mother and a Pakistani father, and studied “in middle schools and high schools which were run directly from Rome by the Minister of State Education in the same way as any state school operating in Italian territory”. In Far from Mogadishu, Shirin says that “[she] studied Italian language at school” in Somalia as well as “Garibaldi, Mazzini.  Italy and Somalia’s histories do not simply intertwine during the period of the AFIS. For example, the dictatorship of Siad Barre (1969-1991) was supported by Italy, and Somalia was also the primary destination for Italian resources in the post-war cooperation.

The publication of Far from Mogadishu corresponds to another important episode in the relationship between Italy and Somalia, that is to say the murder of the television news journalist Ilaria Alpi and the cameraman Miran Hrovatin in Mogadishu. As recent inquiries seem to demonstrate, they were both investigating the traffic of arms coming from Italy and sold in Somalia in exchange for the removal of illicit waste. That investigation tried to clarify the role of Italian producers in the arms used in the Somali civil war, which started in 1991 with the deposition of Siad Barre and continued until a few months ago, when the process of the reconstruction of the new Somali state began. Far from Mogadishu bears witness to the relationship between Italy and Somalia, also showing that “this proximity is rarely reciprocal [as] Somalia is largely an unknown reality in contemporary Italy”. Shirin Ramzanali Fazel’s Clouds over the Equator provides a powerful description of meticcio literary characters during the AFIS administration, and makes readers view this period from the perspective of two women: that of Amina, a Somali woman, and her daughter, Giulia. Clouds over the Equator contributes to re-imagine national spaces, and provides a powerful representation of the condition of those who straddle different cultures. Because of her ability to raise critical questions about the nature, the role, and the legacy of ‘scientific’ racism, Shirin’s voice feels necessary and relevant not only to grasp the legacy of AFIS administration, but the resistance to the pervasive white privilege that was institutionalized in the colonies and shapes the contemporary world. 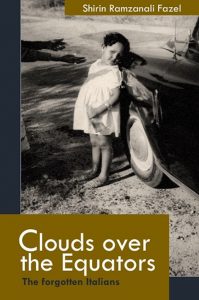 Clouds over the Equator is a wonderfully detailed, graceful and thought-provoking novel, which builds on those reflections, by providing a unique depiction of the AFIS administration in Somalia and its legacy. Although the novel is not narrated through the voices of the main characters, we follow closely their stories. Amina gains self-awareness and independence thanks to three elements: female solidarity, cinema and the ability of movies to show Amina distant worlds, and her exploration of the social spaces which gives her the strength to assert her subjecthood in the domestic space. Amina’s daughter, Giulia, is abandoned by her father during the AFIS period, grows up in a Catholic orphanage, and is rejected by both the communities to which she feels a part of. In Clouds over the Equator, Giulia has two ‘mothers’, her nanny Dada and her mother Amina. The novel describes ‘female solidarity and friendship independent of kinship’ that go far beyond the nuclear family. These poems are about people – persecuted, uprooted and dispossessed – who have had to leave their native lands, their families and their friends: how are they to integrate? Should they integrate? How can they hold on to their own culture, their own language and history, their own sense of themselves? Nowaday, migrants and migration are the main topics of the international media. Thousands of helpless and forgotten human beings are dying following their dreams of a better life for themself and their children. Those are people with no voice at all, people with no identities, people that only their families will remember: for the Western world they are just numbers good for statistics.