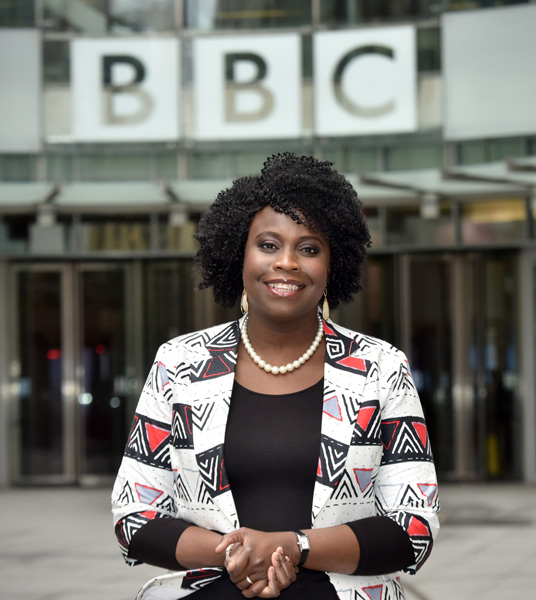 Runta News – Seattle. December 20, 2017.
A press release we have received from BBC World Service announces that the Network has appointed Rachel Akidi Okwir and Toyosi Ogunseye as heads of language services for East and West Africa respectively. The appointments are part of the BBC World Service’s continuing expansion in Africa.
Rachel Akidi Okwir, Head of East Africa Languages, is based in Nairobi, Kenya and oversees services in Afaan Oromo, Amharic, Somali, Swahili and Tigrinya.
Head of West Africa Languages, Toyosi Ogunseye, is based in Lagos, Nigeria will be starting in January 2018 where she will be managing Afrique, Hausa, Igbo, Pidgin & Yoruba.
Rachael was the Editor of the flagship radio programme Focus on Africa. She joined the BBC World Service as a producer in 2002 and has worked across various platforms and programmes including Network Africa, The World Today, Focus on Africa TV and the website bbcafrica.com 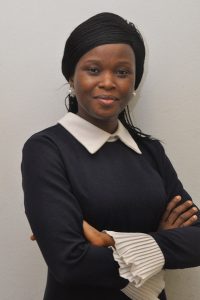 In recognition of her leadership qualities and potential, Rachael was selected for the inaugural ‘BBC News Leadership Programme’. Born in Uganda her career in journalism started as a freelance contributor to Ugandan newspapers and radio stations whilst a student at Makerere University.
Rachel said: “I am deeply honoured to be leading the BBC’s expansion and digital transformation in the East and Horn of Africa. The media landscape in the region is rapidly evolving. It is a vibrant, challenging and competitive market, but with massive potential and opportunities. I am excited to be part of the team that will be at the forefront of this transformation.”
Toyosi Ogunseye was the Editor of the Sunday Punch, one of Nigeria’s most widely read newspapers. She was the first female editor in the 45 years history of the company. An award-winning journalist with a passion for investigative reporting, she has won over 30 awards and was the first Nigerian to win the prestigious Knight International Journalism award.
Toyosi is a fellow of President Barack Obama’s Young African Leaders Initiative and currently sits on the board of the World Editors Forum. She holds an MSc in Media and Communication and is currently studying for a PhD in Politics and International Relations at the University of Leicester.
Toyosi said: “It is a huge honour to be appointed Head of West of Africa for the BBC. I’m excited about this new role and I look forward to working with BBC’s amazing journalists in the region. I have no doubt that we will continue to produce the quality journalism that our audiences love us for.”
Solomon Mugera, Regional Editor for BBC Africa said: “Rachael and Toyosi are talented journalists, each with an impressive track record of strong editorial focus and inspiring leadership. They are passionate about original journalism and finding creative ways of engaging with the audience.”
BBC World Service’s BBC Africa hub brings together the production of multilingual content about the continent on radio, on TV and online on bbcafrica.com. As it delivers content in Afaan Oromo, Amharic, English, French, Hausa, Kinyarwanda, Kirundi, Pidgin, Somali, Tigrinya, and Kiswahili, BBC Africa ensures a pan-African approach to the output, offering its audiences opportunities to join the global conversation. BBC Africa has teams based in London and across much of sub-Saharan Africa, and has well established production centres in various cities. There will be new African languages soon being launched by BBC Africa – Igbo and Yoruba. 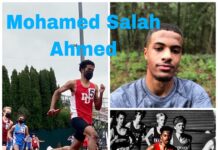 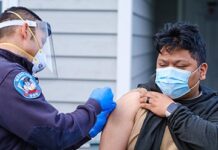 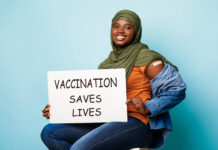 Thousands of Vaccine Appointments Available in Seattle Sites This Week