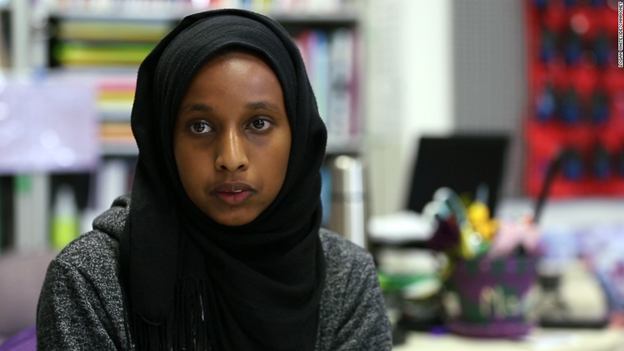 Shukri Diriye is a middle school student at Tukwila, Washington, one of the most diverse schools in America, students say they’ve seen a different kind of bullying arise this year. Photo by CNN Money

(SEATTLE, WA – August ‘17) –  This September, more than a million students will return to Washington public schools. But for our region’s growing population of American Muslim students, school is too often a place of bullying and fear.

In a recent survey by CAIR Washington and The Muslim Community Resource Center (MCRC), Almost 62% of students surveyed reported they feel more unsafe in public since the presidential election. Over 64% said they fear more for their family’s safety.

And with reports showing that anti-Muslim bias and hate crimes have increased 91% in the past year, many are worried about the impacts on kids.

Some local schools are responding with anti-bias workshops, community conversations about bullying, education about Islam and recognition of, and accommodations for, Muslim holidays like Ramadan.

CAIR-WA is sending letters to all 306 school districts in Washington State with information about Muslim holidays and suggestions for how students can be supported during these holidays.

Jasmin Samy, Civil Rights Director for CAIR-WA, has studied the impacts of anti-Muslim hate on children. She can speak to CAIR-WA’s campaign to increase cultural competency about Islam, and encourage accommodations for Muslim students, in our schools.

How to Talk to Kids About the Novel Corona Virus?