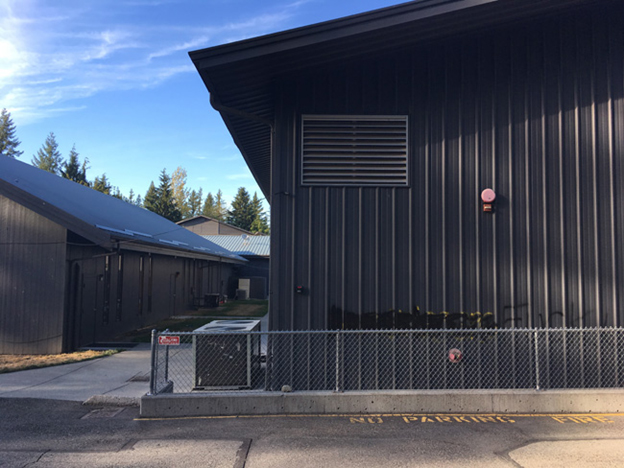 Earlier this week the Ahmadiyya Muslim Community Seattle chapter hosted the Muslims for Life blood drive to honor the nearly 3000 victims of the 9/11 terrorist attacks. Days later the same community have arrived at the mosque to find it vandalized with offensive graffiti. The management have responded to the attack with an invitation to peace and dialogue. A statement issued by the management said, “The past two years have seen an unprecedented spike in anti-Muslim hate crimes, mosque vandalisms, and mosque attacks. We invite your participation in this peace building endeavor as a show of solidarity, friendship, and unity against intolerance and hate”. 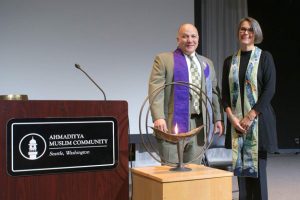 On the other hand, a press release issued by the Council on American-Islamic Relations – Washington (CAIR-Washington), condemned the vandalism found on the Ahmadiyya Muslim Community mosque in Monroe, Washington. According to release, volunteers showed up at the mosque on Friday to help host a weekly food bank when they found profanity spray-painted on the side of the building.

The Snohomish County Sheriff’s Office believes that the spray painting occurred sometime between Sunday afternoon and today. They are asking anyone with information about the incident to call its anonymous tip line at 425-388-3845.

“We are seeing too many of these incidents in Washington state and across the country,” said CAIR-WA Media & Outreach Director Sarah Stuteville, citing a recent CAIR report showing a 91% spike in hate crimes compared to the same period last year, “CAIR-WA stands in solidarity with Monroe’s Ahmadiyya Muslim community and offers our full support to them and to the investigation.”

The Washington-based civil rights and advocacy organization urges community members to report any bias incidents to police and to CAIR-WA’s Civil Rights Department at 206.367.4081 or by filing a report at: http://cairseattle.org/get-help