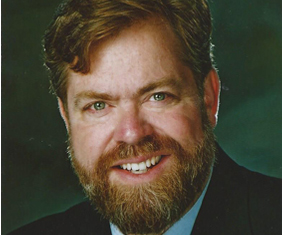 A letter to the Editor by Steve Douglas, FloridaI am over on the east coast of the US, so I do not claim to be very familiar with the state of relations between Muslim immigrants and other citizens in the Seattle area. I looked at your site, and it looks like the community is very well established and succeeding in the area. I am prompted to write by an article I read on Yahoo news about Somali Muslims protesting the fact an image of Mohammed was used in a public service classroom. I am a 57 year old white man and lawyer in my area. I like to think I am as unprejudiced as I can be. I believe in equality and fair treatment, and respect for all and each other. I respect Islam as one of the world’s great religions. I respect the Muslim belief that no image of Mohammed should be portrayed, if such is true, though I have read that no such proscription exists in the Koran. But here is the thing. If a Muslim wants to live in a society where he can be one hundred percent sure that no image of Mohammed will ever be published, he is living in the wrong place in the US. He needs to return to his land of origin, whatever it may be, to be satisfied about that. Because that kind of limitation on freedom of expression will never, NEVER be acceptable here in the United States. And if such people think it can be imposed by protests, or even more aggressive conduct, it cannot. The more some agitate against it, the more motivated this entire nation will be to crush them, and ostracize them, because of the perception that such a limit violates our natural and human rights to freedom of expression, enshrined in our Constitution. This is not news to the world. This has been the fact, and an overwhelming good in our country, for over two hundred years. I am sorry Muslims are offended by this. But in this country, where you are free to believe in any god you want, or no god at all, you are also free to scorn and condemn the very idea, and believers as well. That’s just how it is. And the vast, vast majority of Americans wouldn’t have it any other way. The sensitivity of the protesters in the recent instance suggests strongly that they still don’t understand how this country works, or how this particular freedom works. If they tried harder, they would learn not to be offended, and they should try harder. Otherwise, life here may be a constant misery for them. They need to remember that they came here for a particular reason, based on a certain expectation of how life would be for them here. If they now find that they were mistaken, or that they cannot adapt themselves to the cultural and religious mores here, then they remain entirely free to go back where they came from. This country is the country they presumably chose to come to, precisely because of our freedoms, including that of expression and speech. If they simply cannot bear it, they have a choice whether to stay or not. But when it comes to religion especially, no American has a right to “demand respect” for his or her creed. Good manners may demand that kind of mutual respect, but the law never can, because in this country, you are as free to be a fool as you are to be a saint. That’s real freedom. Steve Douglas Florida After Steve sent us the initial letter, we have asked him to send us a photo of him to post with the opinion piece. He gladly sent us a good one with this email, “Mohamud, I hope my opinion was received in the spirit of good will and constructive comment that it was intended, and not as any statement of ill will or disrespect. I have Somali friends in Florida, and try to patronize their businesses when I can. I enjoy talking to them about their African home, and their lives in America. I believe that immigration is America’s greatest strength, but I also believe that realistic assimilation into our culture is critically important as well. I know that many Somalis and others believe that as well. My daughter is a young officer in the U.S. Navy. A year or two ago, she noticed a young woman on her ship who seemed to be in a low mood. She asked her why, and the girl replied that she was a Muslim, and there was nowhere on the ship where Muslims could worship regularly, even though other faiths could do so. My daughter went to the captain of the ship, and asked if such a place could be arranged, and it was immediately done. I was very proud of my daughter for doing this, and I raised her to be this kind of person.” Steve Douglas

Seattle Proposition 1: A Good Investment for Our Community

Seattle Proposition 1: A Good Investment for Our Community

The Rise of a New Dawn