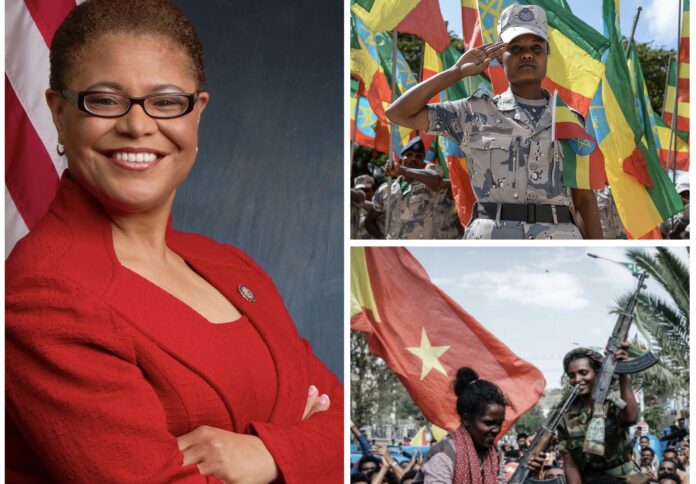 “I welcome the commitment of the parties to end the brutal violence that has taken place in the northern Tigray region of Ethiopia. Today would have marked two years since this senseless fighting began, devastating the country and its surrounding region. This conflict has caused the unnecessary loss of 500,000 lives or more; displacement of more than two million people; and widespread hunger from the disruptions to farming and food supplies. I am hopeful that this cessation of hostilities will hold, unlike the cease fire declared in March that only lasted five months.“It is vital to acknowledge the part that the African Union has played in reaching this agreement. The AU convened for ten days of peace talks, culminating in this formal, signed agreement. Lasting solutions will have to come from continued engagement, which both sides have expressed willingness to pursue. The continued involvement of the AU and its ally nations can play a significant role in assuring that the Tigray region and people of Ethiopia can recover from this tragic period of conflict.”

Future of Africa’s Youth Does Not Lie in Migration to Europe,...