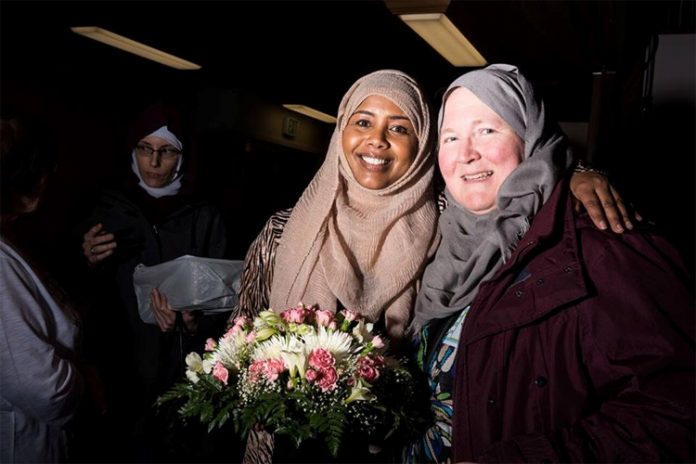 Seattle, WA – In an atmosphere of increasing hate and intolerance, we must become a greater and proactive force for compassion and understanding. Now, more than ever, the Eat with Muslims (EWM) campaign has the potential to become an important grass-roots movement to help aggressively counter misconceptions about Muslims.

We live in an age where neighbors don’t really know one another anymore, making it easy for preconceived notions to thrive. At EWM, we want to provide a space where Muslims and non-Muslims come together and share thoughts and ideas while eating delicious Muslim cuisine from different cultures.

“It’s hard to dehumanize someone when you take the time to understand, and we believe that by weaving these simple connections into the fabric of our communities, they will become powerful anecdotes that will fight hatred and fear,” said Fathia Absie

“We have been creating an opportunity for building bridges and forming friendships with people we may not take the time to get to know. This is even more urgent today in light of “Punish a Muslims day on April 3rd,” said Ilays Aden. 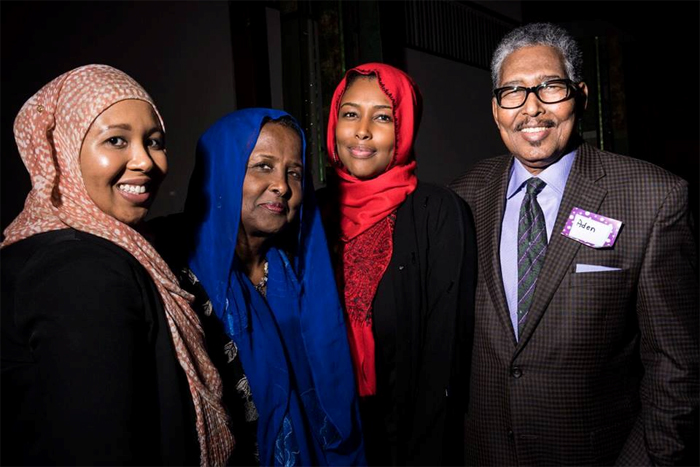 From left, Regina Elmi, Hamdi Abdulle, Co-Founder EWM Ilays Aden, and Abdulkadir Jangeli who are big supporters of the program.

The holy month of Ramadan is upon us and we want to urge American Muslims to take part in an Eat With Muslims day around the country on Saturday May 5th. This is a campaign were American Muslim invite their non-Muslim neighbors, co-workers, classmates, peer groups, and even strangers over a meal with facilitated conversations among the participants.

The first 40 people that share their photos and short videos’ with #eatwithmuslimsday and their city will get prices from the Eat With Muslims project. We believe in the importance of storytelling and in order for this project to have a greater impact, we need our fellow Muslims and non-Muslims alike to participate and help us make this the most powerful grassroots campaign to dismantle artificial barriers between brothers and sisters in humanity. We already have number of people that are ready but want to reach 1000 host in one day.

This is an article about Eat with Muslims Program written by Airbnb Magazine. https://airbnbmag.com/article/dining-with-muslims