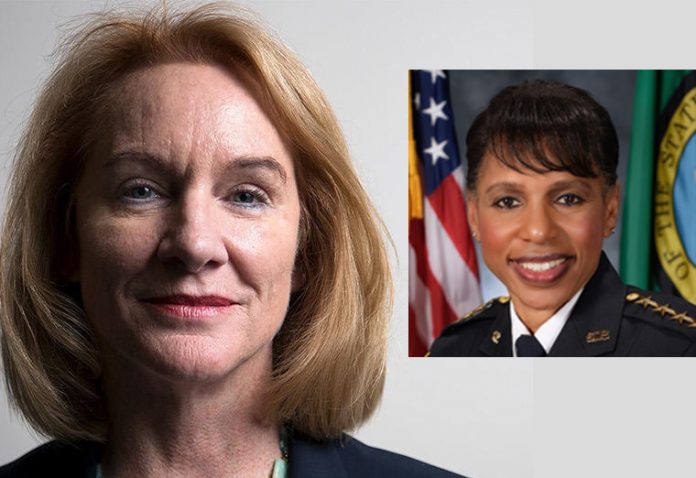 Runta News-Seattle (July 17) – Mayor Jenny A. Durkan selected Interim Chief Carmen Best as the next Chief of the Seattle Police Department (SPD). Best, who previously served as Deputy Chief under Chief Kathleen O’Toole, is a widely-respected law enforcement leader who has been an instrumental part of implementing the historic reforms undertaken by the SPD.

“Getting the right Chief of Police is critical for our City. I have spent decades working in the criminal justice arena and led reforms efforts while U.S. Attorney. Based on my experience and after listening to our community members, studying background information, interviewing candidates, and thinking deeply about the qualities and characteristics that make a great police chief and an exceptional police department, I made my choice. I have no question that Carmen Best is the person to lead our City’s police department. Chief Best has a passion for her job, for our officers, and for our City,” said Mayor Jenny Durkan. “She worked in every neighborhood and understands the unique public safety challenges facing each community.  She has an unparalleled work ethic and a deep understanding of our officers and our neighborhoods.  Just as importantly, she is committed to the hard work of accountability and reform. For years, she has helped implement the reforms required under the Consent Decree, and like so many in Seattle, she knows that the job of reform is not done.”

In December, Durkan announced that she appointed Deputy Chief Carmen Best as the Seattle Police Department’s new Interim Chief of Police, effective January 1, 2018. As Deputy Chief, Best oversaw the Patrol Operations, Criminal Investigations, Special Operations Bureau, and the Community Outreach section. Best has worked for the Seattle Police Department since 1992. Prior to her current post, Best served at nearly every level of the Department, rising through the ranks of police officer, sergeant, lieutenant, captain, and deputy chief.

“I am incredibly grateful for the opportunity to serve as Chief of Police in this great city—a city that I love, with a department that I love. I am committed to the safety, equity, unity and diversity of our city, and fair and just treatment for all,” said Chief Carmen Best. “As the new police Chief, I’ll continue to help lead our Department through reform. As we enter the next phase of the consent decree, we will move ahead with a culture of continuous improvement and innovation at the Seattle Police Department. This is what I expect, and what our community deserves.” 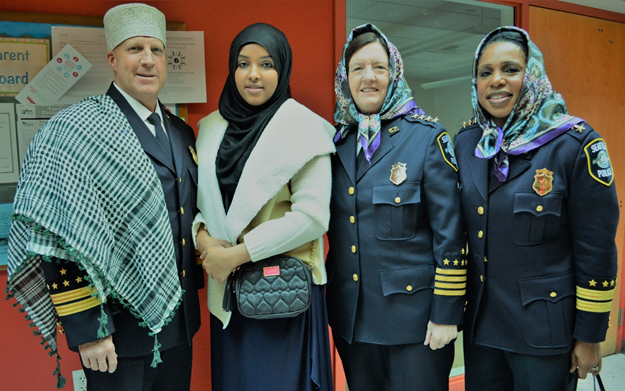 Chief Carmen Best with former Chief Kathleen O’Toole to her right, Amal Abdullahi who is an active member of the Somali Community in Seattle, and Robert Merner a former Chief Assistant. All at Community Conversation on Islamophobia