The winning poem will be broadcast by BBC News Somali and Shugri was awarded at a ceremony held in Garowe yesterday. Also collecting runners up awards will be 2nd place winner Nimo Ahmed Tohyare from Hargeisa and 3rd place winner Miski Warsame Nur from Garowe. 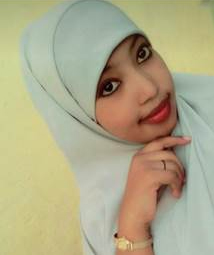 This is the 2nd year of the BBC News Somali Young Female Poet award which highlights the culture of poetry among Somali-speaking women, wherever they are – bringing the audience new and unique voices. Somali women’s creativity is widely acclaimed and this BBC award is providing women with an avenue to showcase their talent and creativity.

Last year’s winner was a student from Hargeisa: Deeqa Nouh Yonis, who says she has become famous and has continued to write poetry. Today’s winner Shugri Jama Ibrahim was the first runner up in the 2017 awards.

The winning poem (in Somali)

The winning poem (in English):

Of well finished tools, ours was, before the exodus:

A smoke-cleaned milk churn, wooden bowl and ladle beside a milk pot,

An urn for the child, the wooden churn and her fitting bung,

A basket with shanks, a case made from dhebi tree and a largish wooden mug,

A canvas bag, the bristly ewer used to fill up (the water pots for) the carrier stallions,

Shoes made of leather, with soles well-fitted to balance the stance:

All these: (products) of our traditional artistry – an industry nowadays so spurned.

So, agitate, o you all, for our lost deftness and refurbish your craft!

Dust off the neglected artifice let’s have it shine!

We are of a rich culture, so let’s (the woe and the way out it) discuss

BBC News Somali has been broadcasting for over 60 years and reaches a weekly audience of around 3.6million people in East Africa, the Horn of Africa and around the world – with its radio (the most listened to international radio in Somalia), online and TV content and via Twitter, Facebook and Instagram.