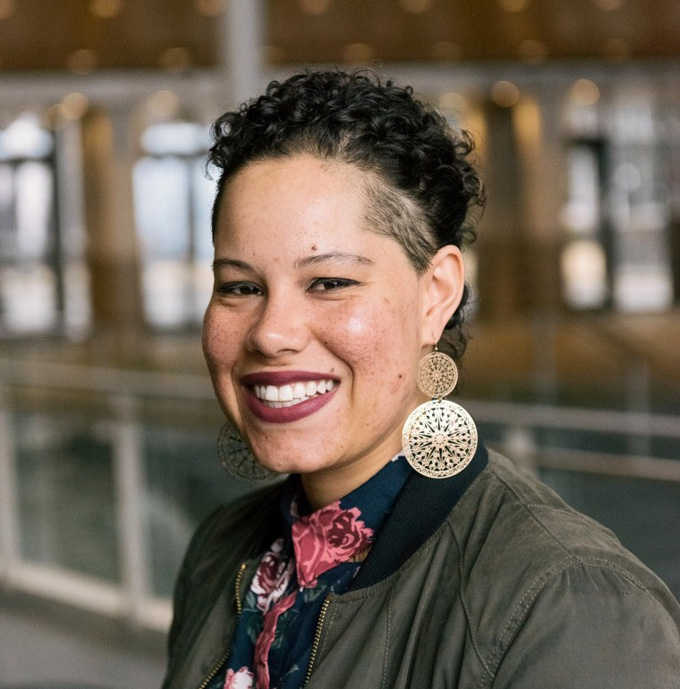 The 2017 Seattle Mayoral election has been packed and competitive. One of the most popular and unique candidates in the race is Nikkita Oliver. Oliver, an educator and a lawyer in Seattle, launched her campaign with the brand-new Peoples Party of Seattle, a third party, that, as its website says “is a community-centered grassroots political party led by and accountable to the people most requiring access and equity in the City of Seattle.”

Oliver has been a prominent member of Seattle’s ‘new left’ for some time. Before her Mayoral run, she was known as being an outspoken educator and activist. She is nationally known for her poetry, Black Lives Matter activism and collaborations with musicians, such as, Macklemore. Though, if you were to be in the same room with her, she does project the attitude of a superstar. Instead, Nikkita, despite her prominence is usually comfortable with being among the crowd.

Third-parties usually have a stigma in big-money races outside of a few unique cases, for example, Seattle City Councilmember Kshama Sawant’s victory over Developer Richard Colin was characterized as an upset and the emergence of socialism in U.S. politics; however, her fellow Socialist Alternative Party member, Jess Spear failed her race against the House Majority Leader, Frank Chopp.

In a similar fashion, however, Oliver’s grassroots campaign is coming at a time that has the potential to be a similar lightning-in-a-bottle moment as her ally, Councilmember Kshama Sawant.
This past weekend, we spoke on the phone after she was finished working on projects relating to her full-time job as a lawyer and educator about her campaign.

CC: What do you think about strengthening Sanctuary cities? Do you think the Welcoming Cities resolution and subsequent actions by the city are strong enough to protect our residents?

CC: What has the city done right in implementing the Sanctuary City model? Do you see them playing a role in Seattle as a nationally known rising city?

Oliver: Yes, I think having an office of Immigrant and Refugee Affairs is incredibly important and I want to acknowledge that it is an office that was hard fought for by immigrant and refugee communities. While it’s an important office, and what I’ve heard at our listening posts in the Eritrean and Ethiopian communities is that it hasn’t been fully funded and fully resourced. As a result, they are not able to get the services that are really needed to [fight] a whole system that is designed to hurt immigrants and refugees.

They can partner with non-profits and community organizations but, without funding for those services that people need, it is hard for them to provide those services.

The office in place is important, and so is funding as problematic as it can be, given the climate that we face. Another thing I’ve observed about this office is that it tends to be led by the status-quo now, instead what the office needs to do is listen to the community, not the dictates of the Mayors’ office.

It shows where the gaps are in policy and implementation. I think that Councilor Lorena Gonzalez’s Welcoming City ordinance is really important, while we figure out what we want to do as a sanctuary city. One thing that I think is really important is that we provide families with legal support in dealing with immigration and deportation proceedings. We need to make sure that people have representation. I think that’s an important aspect of [the Welcoming City resolution].

Another thing I would emphasize is that we have to work very closely with immigrant and refugee communities. I think that the gaps can be filled by their experiences, how we can protect them and that’s where Seattle falls short. We don’t work well with the most impacted. There are always advocates at the table but, where are the most impacted?

Why do these communities not get to share their brilliance about their own lived experiences? That’s really the only way we’re going to build a successful department and make successful policy.
CC: What are your thoughts on efforts to hold the police accountable in Seattle and reform the system? Do you think the recent police reforms are sufficient, could it be done better?

Oliver: No. it’s not sufficient yet. I think the CPC needs more resources and requires more enforcement-type powers and more bandwidth to address impacted communities.

The Office of Professional Accountability as it stands now, I believe is still very tied to the police force itself. I think that we need civilian investigators, a 3-1 [ratio] in the office and we need an Inspector General to make sure that each office is fulfilling the role that it’s supposed to. When the OPA makes a recommendation on discipline then they should have to publicly account for that.

And [the Seattle Police Department] should have to account publicly for the decision, especially when it is different [from the OPA]. While I respect the collective bargaining aspect of discipline, I also believe that we have to find an innovative way to find a collective way to address community concerns, and when procedures are not followed.

We also need to figure out how to make that transparent. There will have to be changes in how we access that information.

CC: How could we as a city play a national role in politics?
Oliver: That’s a large question and it’s been a long day.

CC: Okay, on a more local level, when it comes to homelessness, what do you think that Mayor Ed Murray could do better? Are his policies creating a welcoming city?

Oliver: I can definitely speak on this question. I think that the state of emergency on homelessness has not made the city take the kind of immediate action that an emergency requires. I think that the [homeless] sweeps are a waste of resources and those resources could be invested in affordable housing…and there are so many better ways to invest that money.

If it is a state of emergency, why are we just talking about investing money now? There are still many places in the budget that we could move money around. I know that we want a beautiful city but, at what cost?

If you also look at the affordable housing crisis, there’s a regressive tax code that’s actually pushing people out of housing too. Many of these issues bleed together.

CC: Excellent. Well, not excellent. There’s a lot of work to do and you sound tired, thank you for your time.

Oliver: Thank you for having me.

Oliver, according to her website and previous interviews pledges a community-oriented, grassroots campaign. One question that many observers have had is, how can such a far-left candidate build a coalition to not just govern, but to win. One clue lies in her grassroots appeal.

According to PDC records, Oliver’s campaign is receiving donations almost exclusively from individuals in the community. This reflects her third-party’s intent on building a grassroots coalition, “to partner with the communities of Seattle to develop equitable political strategies and solutions which place people over profits and corporations.”

In a recent poll run by Kiro5/ KUOW, Oliver was almost neck to neck with Senator Bob Hasegawa in the race as a tie for third place. According to their polling, the majority of correspondents- forty percent- are unsure of their choice. A majority of those who’ve had decided on whom they were going to vote for in the race had either opted for former Mayor Mike McGinn, who garnered nineteen percent and U.S. District Attorney, Jenny Durkan who garnered fourteen percent.

The primary for the Mayoral election is on August 1st and ballots will be arriving at Seattle residents’ around mid-July.