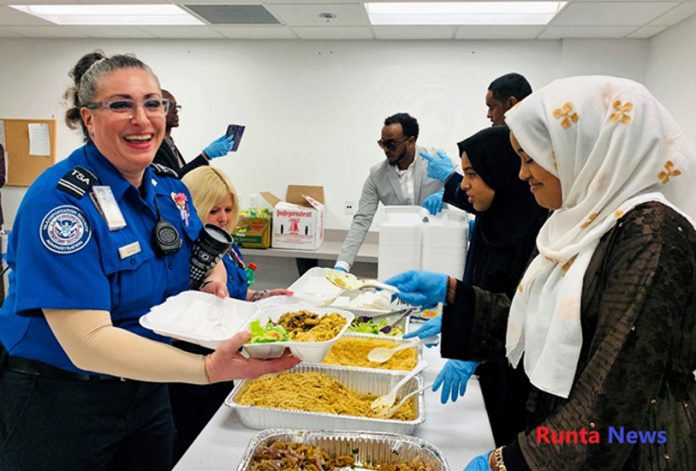 Yesterday’s meal was also sponsored by MAPS-MCRC (Muslim Community Resource Center), with food from Juba, Jawhara, and SeaTac Sweets, and volunteers from Somali Health Board.

“Our Muslim faith requires that we help and feed those in need,” said Mohamed Sheikh Hassan, a Somali Community Leader who helped organize the event. “With the government shutdown that lasted over a month, we know government employees suffered, so Muslims across the country have been stepping up to live out their faith values and find ways to help.” He continued, “While we are glad the shutdown is temporarily stopped, we want to help the federal employees get back on their feet.  Hopefully, this will inspire others to also help out, because in the end, we are all interconnected and have to care for each other.” 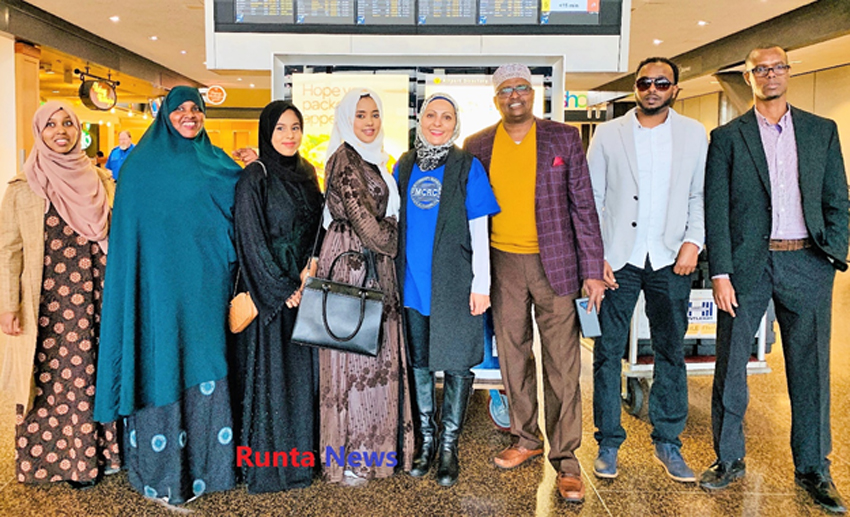 “Real people suffer from decisions and policies by the administration – whether the government shutdown or the Muslim Ban,” said Aneelah Afzali, Executive Director of the American Muslim Empowerment Network at the Muslim Association of Puget Sound (MAPS-AMEN). “During these times of crisis, it’s up to us in the community to help and protect each other. Our Muslim faith requires that we help those in need and it’s good to see these examples of faith in action. We are glad the government shutdown ended, and we will continue to serve those in need.” 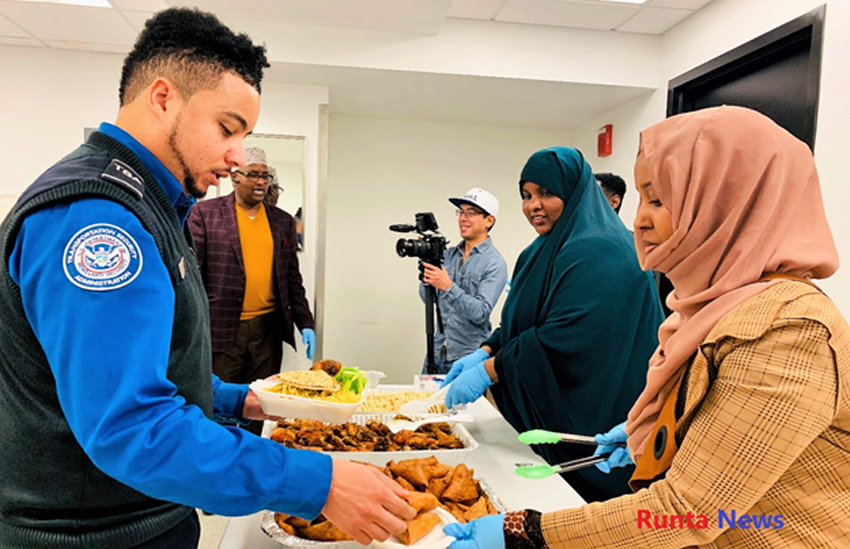 “We are glad the attempt to fund ‘the wall’ by holding federal employees’ livelihoods hostage failed,” said CAIR-WA Executive Director, Masih Fouladi, “Supporting people in need is just another attempt by our office to assist communities this administration is marginalizing through the use of bans and religious profiling and the threat of walls, shutdowns, and ‘national emergencies’.” 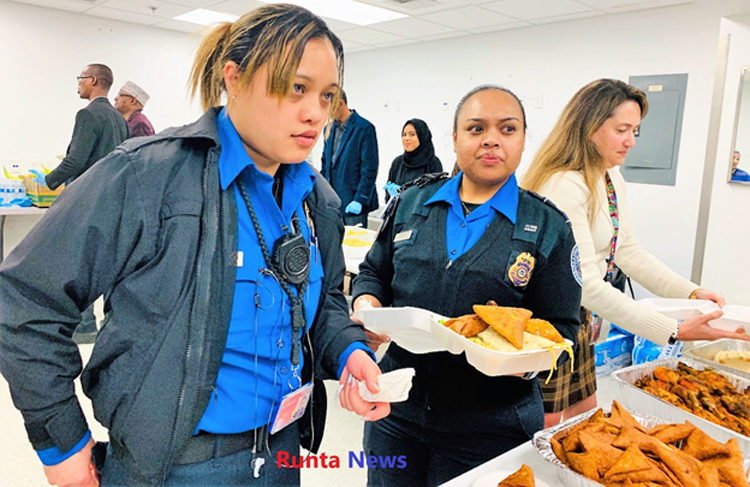 On Thursday Somali-owned restaurants and Muslim community groups returned to the airport and provided food to feed 300 formerly furloughed federal employees at SeaTac Airport on Monday, January 28.  Given the success of that meal delivery, Muslim community groups returned on Thursday, January 31 to provide another meal with food provided by Somali and Moroccan restaurants.

This week also marks the two-year anniversary of the introduction of the discriminatory Muslim Ban.