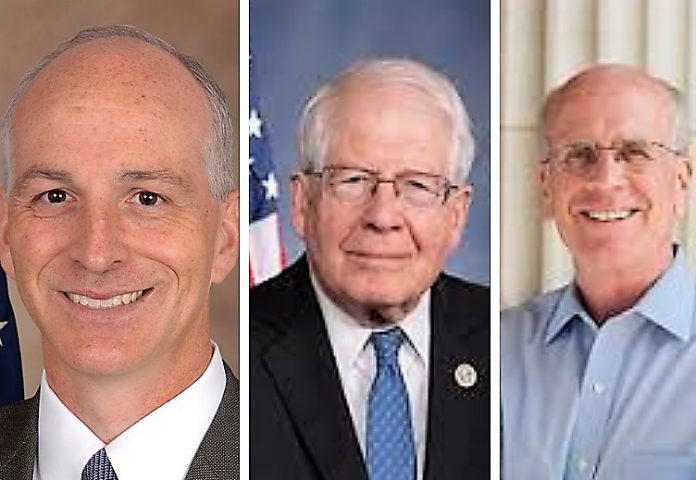 Reps. Smith, Price, Welch and Over 100 House Democrats Urge Trump Administration to Reverse Decision to Slash Critical Aid for Regional Stability in the Middle East. In a letter to Secretary Pompeo, 112 House Democrats call for reinstating UNRWA funding as well as humanitarian and economic bilateral foreign aid to the West Bank, Gaza, and East Jerusalem

Recently, the Trump State Department announced it would reprogram more than $230 million in bilateral assistance, which provides emergency food security, health care, education, and clean water, among other vital life-saving programs, for Palestinians in the West Bank, Gaza, and East Jerusalem.  Additionally, on August 31, 2018, the Trump administration announced it would end longstanding contributions to the United Nations Relief Works Agency (UNRWA), a UN relief and development agency that provides essential services to more than 5 million Palestinian refugees in Gaza and throughout the region.

“These steps not only threaten the stability of the region; they also undercut the U.S.’s ability to facilitate negotiations that will result in a viable two-state solution to the conflict,” the members wrote. “While Hamas continues to act in complete disregard for the safety and freedom of the people of Gaza, the administration’s steps will aggravate tensions in the region and further erode prospects for a lasting peace between Israelis and Palestinians.”

The members highlight that bilateral foreign assistance to the West Bank, Gaza, and East Jerusalem, as well as contributions to UNRWA, were appropriated by Congress on a bipartisan basis, and “unilaterally refusing to disburse this funding disregards Congress’ constitutionally given power of the purse and the will of the American people, whom Congress was elected to represent.”

The letter continues, “As we reflect on the 25 years since the Oslo Accords, we believe it is imperative that both sides of this conflict resume negotiations. However, the administration’s decisions, whether or not intended to pressure Palestinian leadership back to the negotiating table, are counterproductive to facilitating negotiations or pursuing peace, stability, and security.”

US Congressman Adam Smith of Washington State met late last month in Seattle members of the Muslim community and its allies over the war in Yemen. He has been a tireless advocate for many issues that are concern to our communities including Remittances to Somalia on which its population highly depend.  Dr. Aisha Jumaan, President and founder “Yemen Relief and Reconstruction Foundation” who organized this meeting has recently visited Yemen and involved in humanitarian work on the ground which has delivered food and medicine to the suffering Yemeni people.

Members of the community who were at the roundtable meeting are: