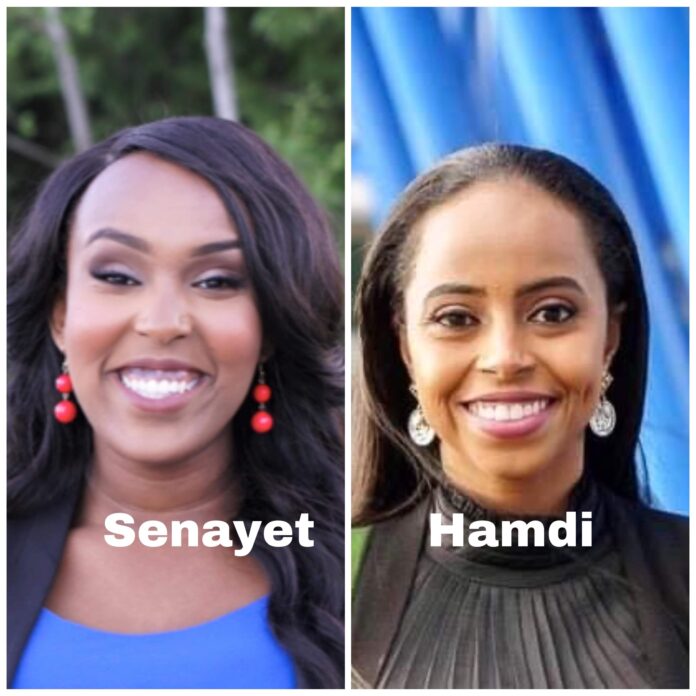 Seattle Mayor Bruce Harrel confirmed this evening during a live interview with KUOW, the NPR Public Radio affiliate that he proudly appointed Hamdi Mohamed as the new Director of Office of Immigrant and Refugee Affairs. Soon after this another news posted in the City of SeaTac Blog announced that the SeaTac Council Members elected Senayet Neguse as their Deputy Mayor of the City.

Hamdi was recently elected for Port of Seattle Commissioner to become the first Somali women or even woman of color ever elected for that position. She took the oath of the office just few days ago, and then this announcement followed to become again the first of her kind to be appointed to direct OIRA.

Senayet and Hamdi have been close friends and have worked at the King County Government where they represented and supported the community of color and to be equitably served. This news which coincidentally came this evening, was hugely welcomed by the East African community in Seattle area. Will update more detail in the coming days. More about Senayet’s news in which Jake Simpson was also elected as a Mayor find here: