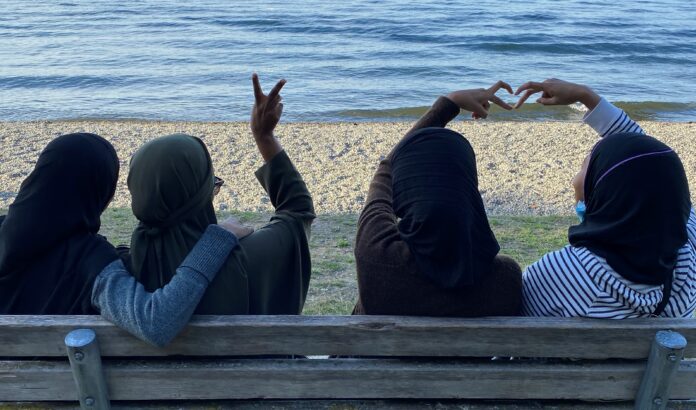 By Hillal Nor, Board chair

(Seattle, WA, 9/8/2021) – Muslimahs Against Abuse Center (MAAC), is a new nonprofit in South Seattle founded by and serving Muslim women. Its services include healing circles, Teen Awareness Sessions, education on healthy relationships, and support groups focused on preventing, addressing, and healing from abuse. MAAC’s founder, Rahma Rashid, says she started the organization after her experiences as a survivor made her realize that women like her did not have culturally appropriate support.

“There is so much stigma around abuse within East African communities,” Rahma, who is Somali, said. “Often, these young women are being shamed by their religious leaders, family, and community members. This is why MAAC is so needed. We are providing a resource that doesn’t exist within our communities and that no one on the outside is providing.”

Rahma said it’s not uncommon for East African women to face racial and religious discrimination at women’s shelters in the greater Seattle area. Often, shelter staff are uneducated about the women’s important cultural and religious practices.

Rahma recounted a story about one of her Muslim clients who asked shelter staff for a meal option that didn’t include pork.

“The employee said to her, ‘why don’t you go get services from your own people?’,” Rahma said. “At that moment, my client felt neglected and embarrassed for even having to seek help. Stories like this are not unfamiliar to us. At MAAC, we want our clients to feel seen, wanted, heard, and welcome.”

MAAC provides a safe space for Muslim women and girls of color to connect and to get help from other women who personally understand what they’re going through. Its peace circles offer the opportunity to discuss taboo topics such as gendered violence, mental health, and the effects of COVID-19.

“Up until now, there hasn’t been an organization or place where women and young girls in our community can go for help and resources,” said Rahma.

“I survived a long abusive relationship and at times felt like there was nowhere to turn to in my time of need,” Rahma said. “I know that if I had a space such as MAAC, it would have made a big difference in helping me find the courage to leave my abuser. At MAAC, we’re creating the services I wish I had during my healing journey.”

Last summer, the East African community had its own #MeToo movement when several Somali and Oromo young women in Minnesota publicly shared their stories of sexual assault and harassment. Hundreds of digitally savvy East African women across the country, including in Seattle, followed suit and began using their platforms to break cultural prohibitions against discussing something that could bring shame to their families.

“Many sisters came out with stories of abuse,” Rahma said. “These sisters all wished their community had resources for them. Muslimahs Against Abuse Center aims to be just that.”

MAAC Vision Statement: MAAC envisions a world where women can live with dignity and safety and from fear of harm. Our leadership is headed by Muslim women who are survivors of domestic violence and are passionate about making the change in our communities.