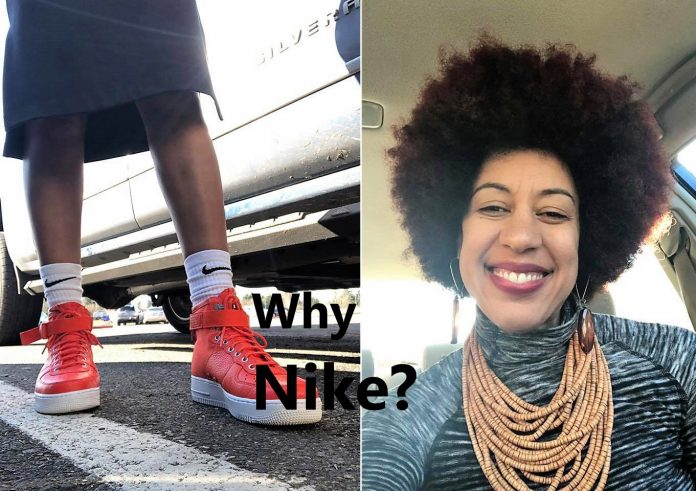 If you have heard me speak over the last seven months, you already know…

I was a senior in high school when Nike came out with the first “just do it “campaign. Nike was already my shoe for basketball. From then on, when I could afford Nike, it was my go-to shoe.

In September, Nike introduced a new “just do it “campaign: “Believe in something, even if it means sacrificing everything”.

Colin Kaepernick was the face of the campaign. Nike took a huge risk using the face of a man maligned by many for his choice to take a knee during the National Anthem in protest of how Black people were being treated by police.

Videos were created of people burning their Nike apparel. Some threw their Nike out or gave it to Goodwill. Some retailers choose not to carry Nike anymore in protest.

I had a very immediate and different reaction.

Approximately a year and a half ago, my husband received a phone call from his father, who lives most of the year in Tucson on a million property close to a golf course. He called one day after a round of golf with his friends.

“James, I am calling you, because I need some advice… I have been playing golf with all my white buddies out here. All they can talk about is how unpatriotic Colin Kaepernick is for not standing during the National Anthem. None of these guys served in the military. I did. I fought in Vietnam. I served in Korea. I was stationed in Germany. I thought I fought for this country so we would have the freedom to choose to kneel or stand. Am I crazy?”

My father-in-law is not a soft man. He has experienced more in a lifetime than most. I could hear the emotion in his voice. There was a sadness. I knew after watching the “just do it “commercial I needed to take a stand in a very different way. I made the choice as a public figure to only wear Nike. I went to every local thrift and consignment store and purchased whatever I could find in my size. When I discovered Nike made skirts and dress pants, I made the decision to put away my suits for this season of time and wear ONLY Nike everywhere, for all occasions (whether in meetings or on national stages). 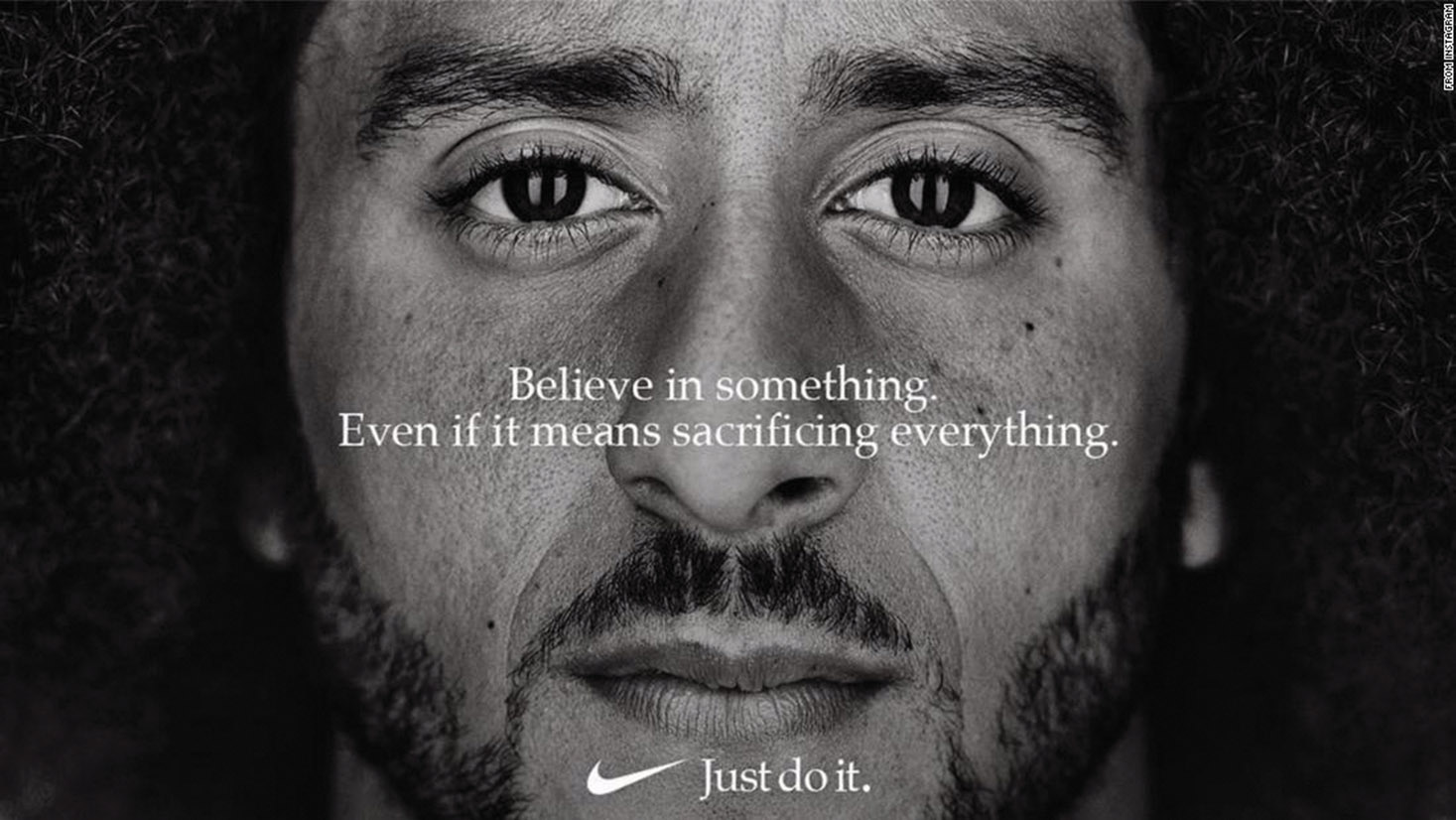 At first, only my friends and immediate family knew. One day in a meeting with a former politician, he said he was surprised I was not in my typical high heels and suit. I explained to him I was only wearing Nike. He wondered if I shared that with people. or if I assumed, they would notice.

From that day forward, I explain during most meetings and speeches (when there is time) why I wear Nike. Wearing Nike is my nonviolent protest, challenging all of us in this country to 2 things:

I grew up as an American in the Netherlands during the Cold War, when it was known that communist countries required their citizens to show patriotism in a particular way. What always set the United States apart from communist countries was our freedom of expression.

For more personal reasons, I wear Nike to remind myself of the dream I am willing to “sacrifice everything for”: great public schools for EVERY child, regardless of race, ZIP Code or home language. I have invested 27 years of my life in this effort. Each day as I put on my Nike outfit and Nike tennis shoes, I am reminded of the task before me…before us.

I am especially reminded on the heels of 22 MLK assemblies in January and now in the midst of February, as we celebrate Black History Month, about the power of nonviolent protest. I have asked myself on many occasions – if Collin Kaepernick was vilified merely for taking a knee during the National Anthem, how would people like Dr. Martin Luther King, Jr or Rosa Parks have been perceived had they been alive and politically active in the 21st-century?

It is easy to sanitize our memories of “Black heroes”, to make them more palatable so many years later.

When will I stop wearing only Nike?

When and if significant progress is made on the rhetoric we are using about patriotism, access to liberty and justice and quality education for all. If I never wear a suit and heels again, so be it.