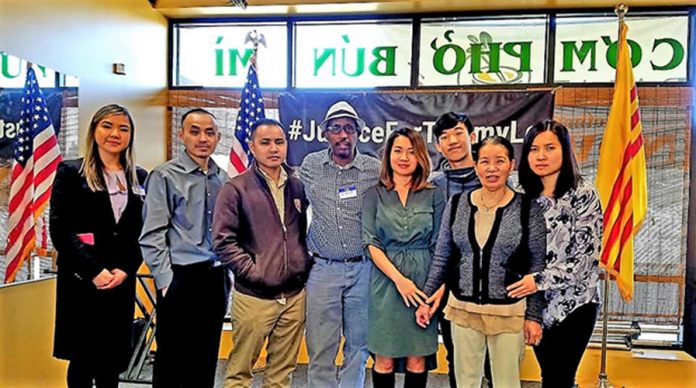 Sunday, October 14, 2018 is a beautiful sunny autumn day.  A day you would find yourself outside soaking up the sun, taking in deep breaths of that fresh and crisp Seattle air after the rain, watching emerald green leaves turning into an array of beautiful gold, orange and red.  It is one of those days that makes you thankful to be alive: simple pleasures that are no longer afforded to a 20 year-old Vietnamese American named Tommy Le. He was shot in the back several times to his death by a King County Sheriff Deputy.

Tommy Le’s family members were emotional as their attorneys address the crowd.  Linda Tran and Jeff Campiche, legal representatives for Le’s family informed everyone that misinformation had been willfully disseminated by King County Sheriff’s Office throughout Seattle media from the inaccurate sheriff reporting of Le’s death.  Particularly of interest are 2 facts:

(1) Tommy was shot in the back, which indicates that he was not “confronting the police”;

(2) Witnesses at the scene stated he was not holding anything (knife or pen) when he was shot. These 2 facts suggest the Sheriff’s report was not objective when they said after an “internal review” that Deputy Cesar Molina was justified in using unnecessary deadly force.

The officers at the scene of the shooting were armed with metal body armors, guns and taser guns, but claim they were threatened by Tommy Le’s 120 lbs, 5’4” frame. Tommy Le was weaponless and defenseless.  The officers who confronted Le said they had to tase him and shot to kill him.

Apparently, Le’s life was not worth the hesitation, or the use of a less lethal force. It is important, to the family and to the greater Vietnamese community, that the true story of Tommy continue to be told. 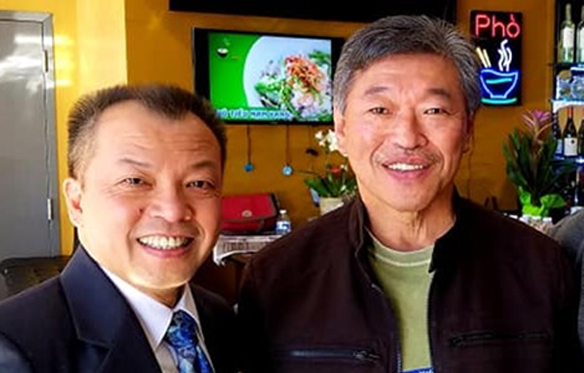 State Senator candidate Joe Nguyen, a supporter and honored guest at this event, emphasizes the importance of fair treatment and representation of the growing Vietnamese American community in Seattle and King County.  Le’s death is one of the reasons Nguyen is on the November ballot. WA State Senator Bob Hasegawa extended his pre-election welcome to State Senate candidate Nguyen, who is leading the race.  Councilman Hoang Tran acknowledged Vietnamese community’s support was the reason Tran won his race in 2017.  There was a certain connectedness of mainstream media and minority Vietnamese American community, of older and younger Vietnamese American generations, of civic-minded men and women – in this space, on this beautiful Sunday afternoon; that came together to support this cause. 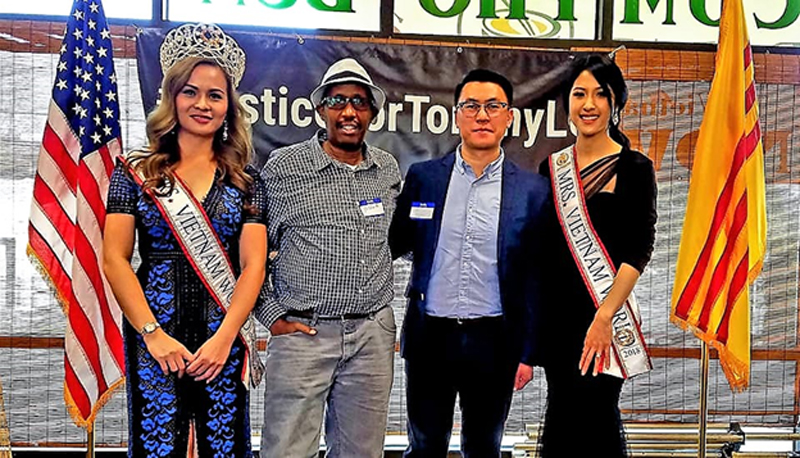