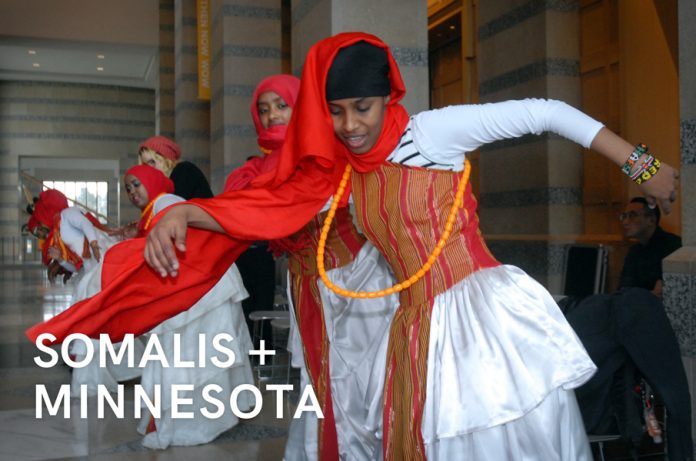 Minnesota is home to the largest population of Somalis in the United States. A relatively recent immigrant group, arriving in large numbers following the outbreak of civil war in Somalia in 1991, they have made significant advances in a short amount of time. This February, Rep. Ilhan Omar joined the Minnesota Legislature as the highest-ranking Somali American elected to office in the United States; in just a few years Abdirahman Kahin, owner of Afro Deli, has created one of the most successful restaurants in the Twin Cities with two locations, soon to be three; and in 2014 Kadra Mohamed became St. Paul’s first female Somali police officer, saying “When people ask, ‘Why me,’ I ask, ‘Why not me?’ Covering my hair doesn’t mean I can’t do this job.” These are only a few of the community’s success stories.

“Somalis + Minnesota” opens June 23, 2018 at the Minnesota History Center. Created in partnership with the Somali Museum of Minnesota and told through immersive settings, artifacts, photos and first-hand accounts, the exhibit tells the story of Somali immigrants, their arrival in their newly adopted home of Minnesota, and the successes and struggles they have faced.

“We are delighted to partner with the Somali Museum of Minnesota to bring this important exhibit to the History Center,” said Steve Elliott, MNHS director and CEO. “With Somali people in almost every sector of Minnesota’s workforce, now is the time to celebrate the strength and resilience of the Somali people and to help build bridges in understanding what it means to be an immigrant.” 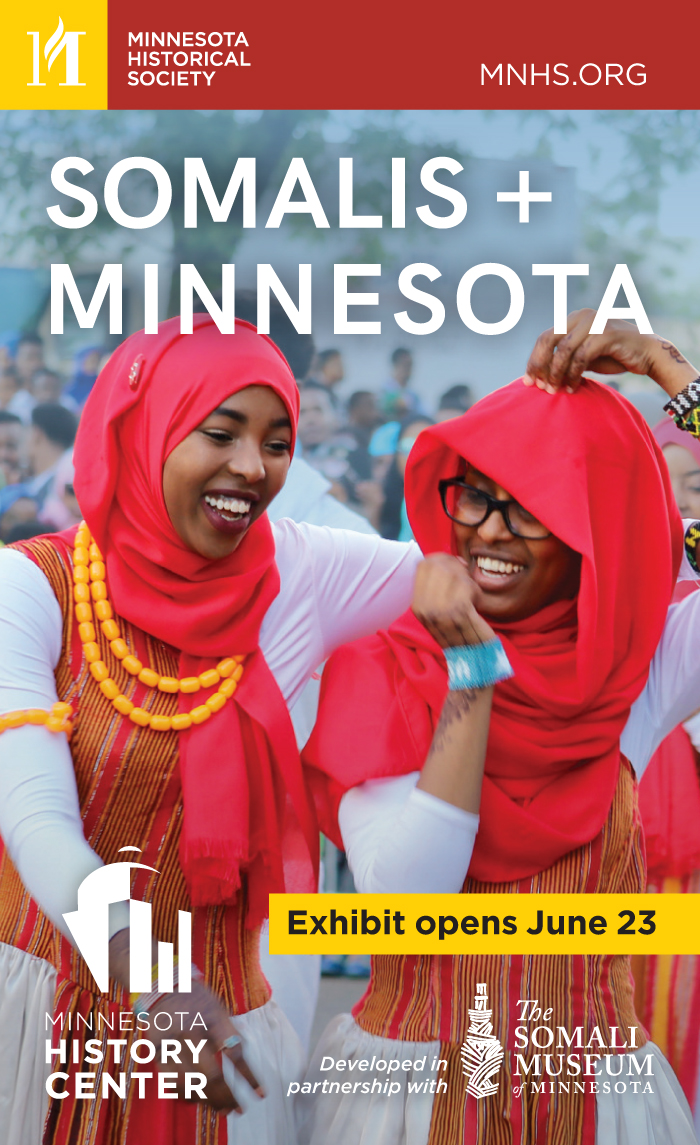 “Many Somali people, especially youth, don’t know about their past because of the hardships they have faced fleeing the civil war,” said Osman Ali, director of the Somali Museum of Minnesota. “Seeing themselves in this exhibit will help them learn about their past, but also help them know that they belong here in Minnesota, a place they consider their second home.”

The 2,400 square foot exhibit features a reconstructed nomadic hut imported from Somalia; a collection of photographs and objects brought to life through commentary by Somali historians now living in Minnesota; and videos and interactive photo panels that introduce Somali Minnesotans from across the state. For exhibit-goers of all ages, a hands-on activity will show visitors how to load a camel for travel across the desert.

The exhibit opens June 23, 10 a.m.-5 p.m., with a family celebration and free admission provided by the Knight Foundation and 3M. Activities are offered through 3 p.m. and include dance, poetry and storytelling performances; an art project; weaving demonstration; and samples of sambusas and Somali tea. Plus, meet the Somali teens who authored the new MNHS Press cookbook, “Soo Fariista/Come Sit Down: A Somali American Cookbook.”

“Somalis + Minnesota” is made possible in part by the Legacy Amendment through the vote of Minnesotans on Nov. 4, 2008. Additional support comes from Knight Foundation, 3M and Blue Cross and Blue Shield of Minnesota.