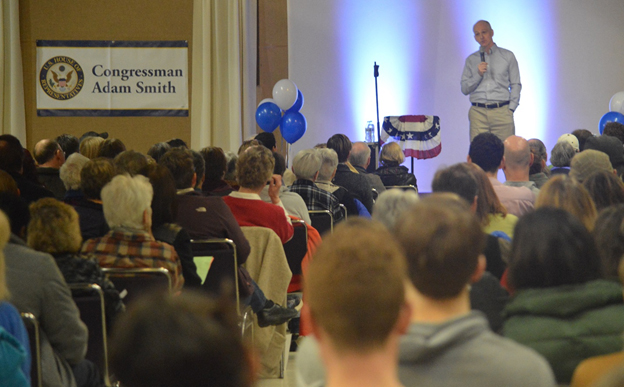 “President Trump’s latest executive order on refugees and visa restrictions is reckless and runs contrary to America’s founding principles. The President’s second attempt at a travel ban —after his previous order was found to be unconstitutional by two courts—shows a continued disregard for American values and a remarkable willingness to threaten our national security.

“Our existing standards for those seeking refuge already require extremely thorough vetting of all refugees. Banning all refugees and specifically targeting Muslims goes against our values and strengthens extremist groups like ISIS by making America appear anti-Muslim. This malicious executive order will help recruit more terrorists and encourage extremists to attack America, damaging our relationships around the world and making America less safe.”

Congressman Adam is the representative of District 9 in Seattle area. He drew huge crowd last Saturday when he spoke to his constituency at town hall meeting style in South Seattle. He talked similar way in his statement and the crowd erupted with support.