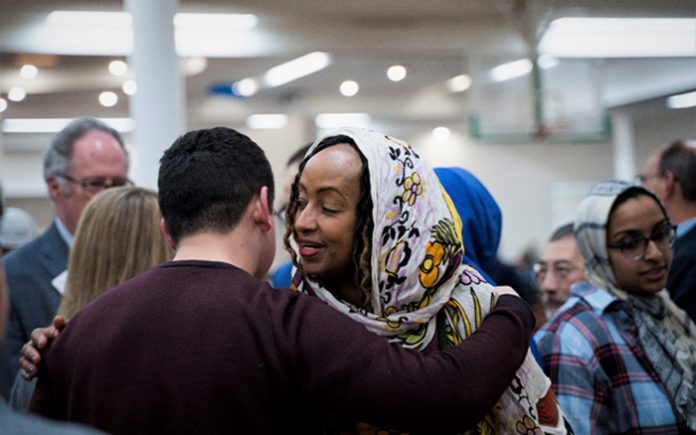 Over a thousand people attended a vigil for New Zealand shooting victims Monday night. Interfaith leaders from the Jewish, Christian, Sikh, and Buddhist communities joined Muslim leaders on stage for an interfaith prayer.

“We were overwhelmed by the outpouring of support we saw last night. Allies from across the state showed up and stood with the Muslim community,” said CAIR-WA Executive Director, Masih Fouladi. “The message we sent was loud and clear – ‘Islamophobia and xenophobia have no place in the great state of Washington’.”

Lt. Gov. Cyrus Habib called out the “clash of civilization myth” in his speech about hateful ideology: 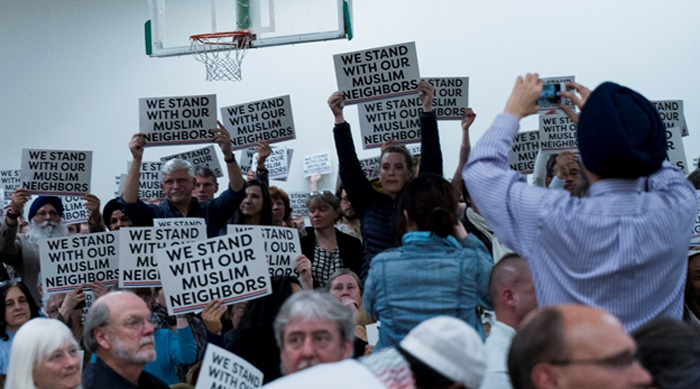 Aneelah Afzali, Executive Director of MAPS-AMEN, emphasized the normalization of anti-Muslim rhetoric and beliefs in her presentation on Islamophobia:

“Islamophobia is not new with President Trump. It’s happened before him, it goes well beyond him, and it is a bi-partisan problem,” said Afzali. “We have anti-Muslim bigots on the left as well as on the right in the Bill Mahers, Sam Harris’. It has become a part of our mainstream culture.” 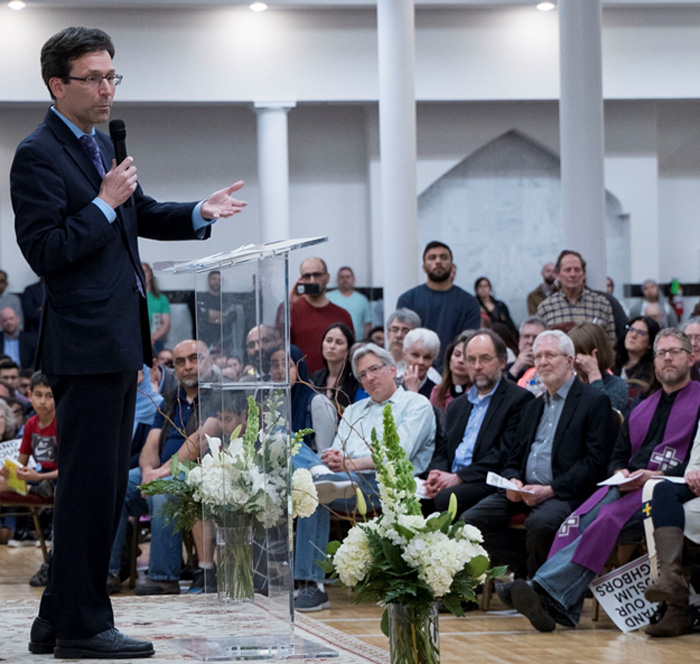 The night continued with speakers talking about the allyship and showing up for one another. At one point in the evening, an impromptu show of solidarity occurred with hundreds of allies in the room rising to their feet and holding up, “We Stand With Our Muslim Neighbors” signs.

Rabbi David Basior of Kadima Reconstructionist Community said, “Neighbor is not a geographic term. It is a moral concept. It means our collective responsibility for the preservation of man’s dignity and integrity.” 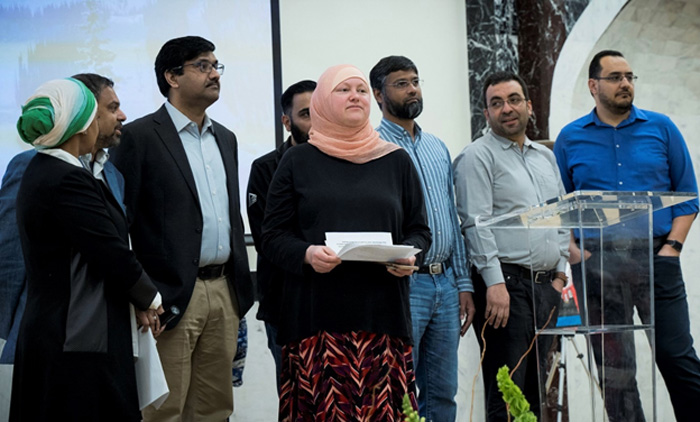