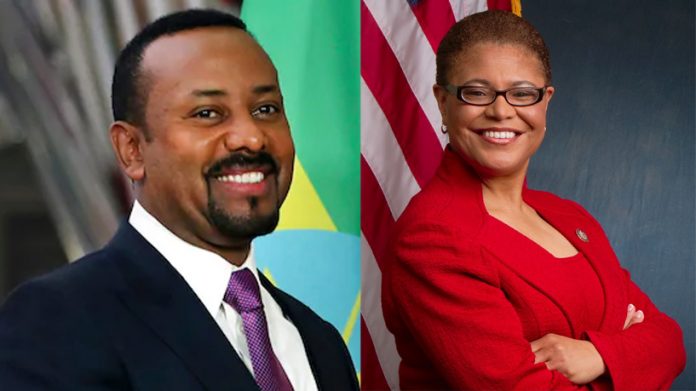 WASHINGTON – Today, Rep. Karen Bass (D-Calif.), Chair of the House Foreign Affairs Subcommittee on Africa, issued the following statement congratulating Ethiopian Prime Minister Abiy Ahmed on winning the Nobel Peace Prize for his pursuit of peace in Ethiopia and the Horn of Africa.

“I would like to congratulate Ethiopian Prime Minister Abiy Ahmed on receiving the Nobel Peace Prize.  This honor is well deserved for Africa’s youngest leader in his commitment to peace and reconciliation in Ethiopia and throughout the Horn of Africa.  His display of courage by signing a peace agreement between Ethiopia and Eritrea last year—ending one of Africa’s longest-running conflicts—was truly inspiring.

“Prime Minister Abiy’s determination to achieve peace, foster cooperation, and uphold international refugee laws is a model for other refugee-hosting nations around the world.  Under Prime Minister Abiy’s leadership, Ethiopia is helping refugees integrate into society by registering birth and marriage certificates and easing access to work permits, primary education, and driver’s licenses.

“Prime Minister Abiy’s diplomatic efforts in brokering a deal between the Transitional Military Council and the Forces for Freedom and Change, along with his mediation of a maritime dispute between Somalia and Kenya, show his commitment to the region and changing the negative narrative of Africa characterized by violence, conflict, and poverty.

“There are still many problems in the region, but I am hopeful that Prime Minister Abiy’s Nobel Peace Prize will inspire other African leaders to commit to peacebuilding and reconciliation across the continent.

“Congratulations to Prime Minister Abiy and the people of Ethiopia – well deserved.” 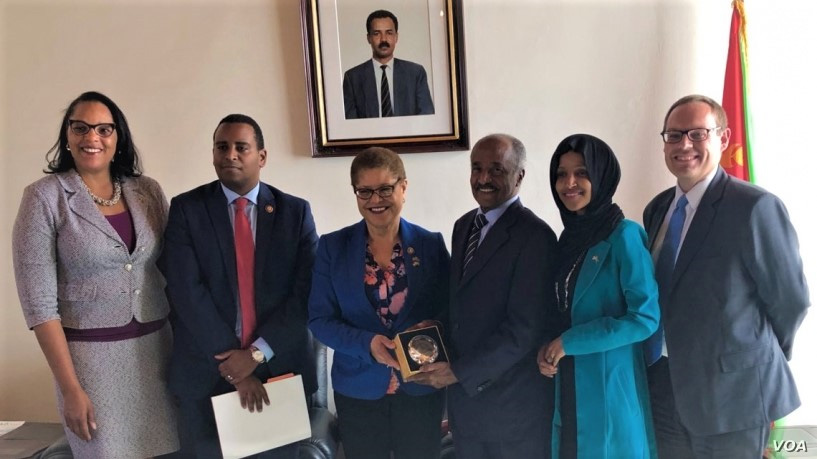