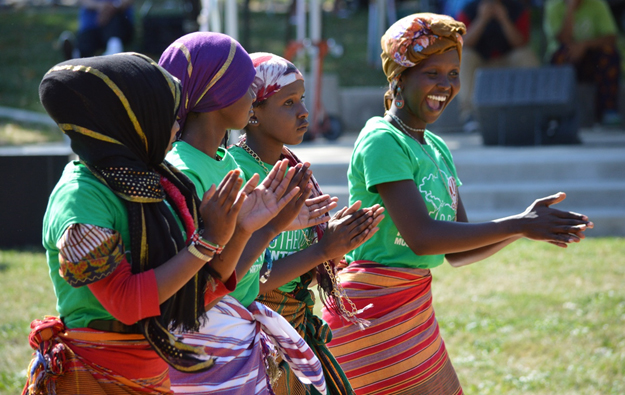 Somali Dhaanto Dancers Performing at the festival in 2016. File photo by Mohamud Yussuf of Runta News

The Festival will spread across the entire pastoral green of Othello Park and spill onto adjacent 45th Street.   The Seattle Police Foundation will expand the celebration with its annual summer community picnic at the same time.   Festival Coordinator, Jordan Adams, said “The whole will be much greater than the sum of its parts.”

Rainier Chamber Executive Director Susan Davis describes some Rainier Valley history and community motivation behind this change.  “For 25 years, the Rainier Valley Heritage Parade and Festival was in Columbia City, and before that the south end event was held in Seward Park for almost 60 years,” she said.  “But Rainier Chamber serves all of Southeast Seattle, and we decided that it’s time to show some love to another south end neighborhood and partner with the Othello International Festival.” 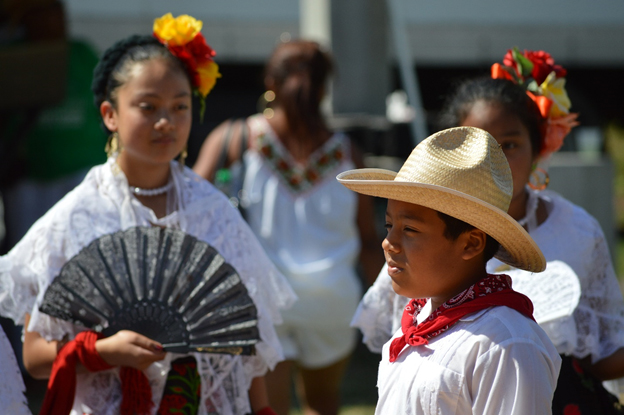 Latino Youth group Actors at the festival in 2016. File photo by Mohamud Yussuf of Runta News

“For this year’s fun, discover the beauty of Othello Park.  It’s just one light rail stop from Columbia City to Othello.  The Park is one short block east of the Station.  It’s still summer, and it’s still Southeast Seattle centric with businesses, organizations, and entertainers from all over Southeast including Columbia City who will have booths at the Festival or are performing on stage.

“You can visit the Rainier Chamber Community Story Video Booth and tell you story for our new ‘Connect 10,000’ campaign of promoting Southeast Seattle through storytelling.  Plus 60 booth activities and entertainment from around the world, bouncy houses, gymnastics, chess tables, and so much more.”

Why no parade?  The new parade route is being repaved this summer, but will be back better than ever next year!  See you at the Festival!  Stay updated: http://othellopark.org/2018-festival