A statement issued by the group reads this, “Do you want the United States to become more progressive? If you do, we need to start at home — in Seattle and in cities across the country.

Progressive champions like Bill de Blasio in New York have shown how much can be achieved when cities are led by people committed to fighting against income inequality. Cities are also a launching pad for the next generation of leaders. For example, Bernie Sanders got his start in politics by serving as Mayor of Burlington, Vermont, back in the 1980s.

Seattle is at the forefront of the battles to make our country more progressive. We’re raising the minimum wage to $15 and we passed paid sick leave. We need to not just defend those wins, we need to go even further. Police reform has begun, but it’s become bogged down and needs strong leadership to put a stop to racism and police brutality on the force. Rising rent is making this city unaffordable, making inequality even worse and forcing people to leave their homes.

Today, DFA is making our first endorsements in the race for Seattle City Council. We’re starting with five progressive champions who will fight for the working people of Seattle: Tammy Morales in District 2, Kshama Sawant in District 3, Halei Watkins in District 5, Mike O’Brien in District 6, and Lorena González in Position 9.

Ballots will be mailed next week, and Election Day is coming up fast. Can you help volunteer to elect these candidates?

YES, I will volunteer to support these progressive champions.

NO, I cannot volunteer right now, but I will chip in $3 more to help DFA elect progressives to the Seattle City Council.

DFA’s five endorsed candidates are backed by a growing movement of progressives who want our City Council to respond to the public interest, not the special interest. Local unions, the Sierra Club, and activists across Seattle have come out in support of these leaders in this crucial election year.

Incumbents Kshama Sawant and Mike O’Brien have proven they will fight for a higher minimum wage, for more affordable housing, for publicly funded elections, and for fixing a broken police department. Tammy Morales, Halei Watkins, and Lorena González will each bring a strong commitment to social and economic justice to a City Council where those values are in short supply.

It’s time we had a City Council that’s as progressive as the people of Seattle. Starting with these five candidates, Seattle can lead the nation in building a progressive future. Election Day is August 4 — can you help get out the vote for these candidates?

YES, I will volunteer to help DFA’s endorsed candidates in Seattle.

NO, I cannot volunteer right now, but I will chip in $3 more to help DFA elect progressives to the Seattle City Council.

Thank you for supporting these progressive champions. 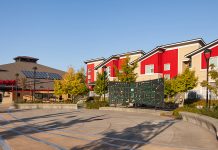 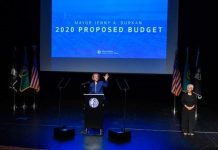 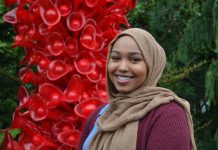 “My Halal Kitchen”, a New Cook-Book!