Othello Station Pharmacy was finally opened yesterday, Monday November 19, 2018. Great number of community members attended its opening ceremony feeling proud of the achievement of two of their own who had the courage to invest a new kind of business which has never been known to Somali or East African communities in Seattle. The community were joined by Seattle Police Chief Carmen Best, Washington State Senator Rebecca Saldana, Deputy Seattle Mayor Shefali Ranganathan, and Shakisha Ross, Field Representative and Constituent Services Manager for US Congressman Adam Smith who all witnessed the ribbon cutting by Dr. Ahmed Abdille and Abdirahman Tache who co-own the pharmacy.

The Othello/MLK corridor was once an area with few medical health services.  But, over the past several years, more family and pediatric clinics and dental offices, have located in this neighborhood to assure more and better access to medical care.

Othello Station Pharmacy was founded and run by Dr. Ahmed Ali, PharmD and Dr. Abdirahman Tache, PharmD, who have more than 20 years of combined pharmacy experiences and are members of the Community Health Boards Coalition.  The community run Health Boards Coalition specializes in serving the diverse populations, including Southeast Seattle, has also had a big impact in addressing health disparities in the area.

When asked why he chose this neighborhood for the pharmacy, Dr. Ahmed Ali said, “Othello Station Pharmacy is the perfect place for a locally-owned, independent pharmacy. As an individual who grew up in this area and spent years addressing health disparities, I recognize the need and I know the community values this kind of personalized medicine you can’t get with big chains. As an independent pharmacy, we’re able to take more time with our patients and provide superior patient care and services.” 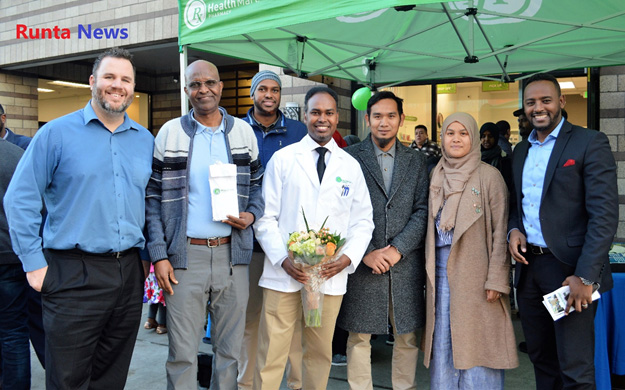 The Rainier Chamber will join the Othello Station Pharmacy to celebrate the latest additional of health care services with a ribbon cutting ceremony, welcoming this important small business whose principals and staff understand and are ready to serve Southeast Seattle’s diverse ethnicities’ health needs.