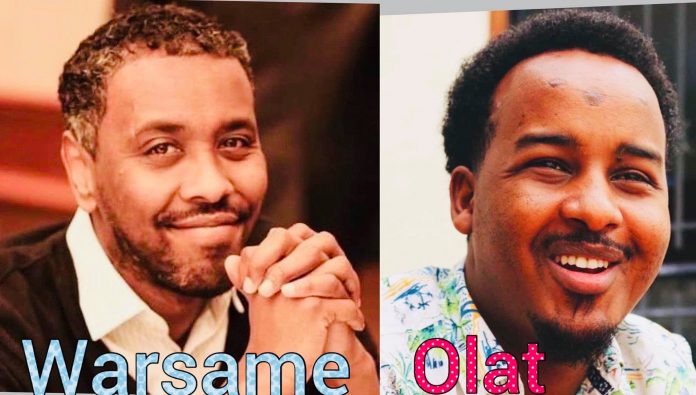 The well-known young activist among Somalis in the diaspora, Suud Olat, intends to take over the seat that is expected the current Minneapolis Council Member Abdi Warsame vacate this week. Warsame will take the lead position at the city’s public housing agency.

If Olat wins, he will become the second-ever Somali Council Member in a Major City. Also, Warsame will score another history as he becomes again the “First” but this time the Head of Minneapolis Housing Authority.

A Statement Olat Campaign has sent to Runta News states that he is running on a platform of equity and inclusivity as he wants to represent his community’s views and be their voice in the Chamber. “I want to be one of 13 decision-makers of the Minneapolis city council who develop the future for our community, ensure its alignment with your values, and support the vision that you have for the future of your family, your business and yourself”, the statement added.

Suud Olat is an enthusiastic activist with “The ONE Campaign” which is an international, Advocacy organization on the fight against extreme poverty. He had lived in Dadaab, the largest refugee camp in the world for over 20 years.  He has worked hard to better himself and help others with his commitment and work ethics during which he has already made the difference among many people.

Olat finally concluded his statement, “ I am also looking forward to working with likeminded individuals and organizations in the neighborhoods, women, and youth to spearhead an enormous change for a peaceful, democratic, inclusive city where every individual regardless of belief, race, political affiliation, and sexual orientation gets the maximum opportunities to reach their fullest potential”.

Candidates are pouring into the Ward 6 Minneapolis city council race. Council Member Abdi Warsame has not yet endorsed one but there are rumors that he will soon make a choice from a shortlist, and Suud Olat is already reaching out to him hoping he will get his blessing.

The Charismatic and Eloquent leader, Abdi Warsame, is a Pioneer for Somali Americans. He is regarded as a mentor for all who came after him such as Ilhan Omar and Mohamud Noor. In a phone conversation while ago, Warsame mentioned to Runta that he has achieved his goal of showing the way and opening the door for many. “it is time for me to retire from politics”, he said to us.

Warsame so far is avoiding speaking to the media and this is a quote of a piece from Star Tribune about his next move, “Warsame, the city’s first Somali-American council member, did not return calls for comment Friday. In his six years on the council, Warsame has largely been supportive of MPHA, pushing to boost city funding for the agency, including money to cover security at the Cedar-Riverside complex”. “Warsame wrote in his application that he grew up in public housing in London”, the paper concluded of its piece.

To Runta News, Warsame will always remain a legendary and a visionary who thinks of mega for his community. We also hope Suud will be able to fill Warsame’s Shoes which seems hard for any candidate we have seen for far.