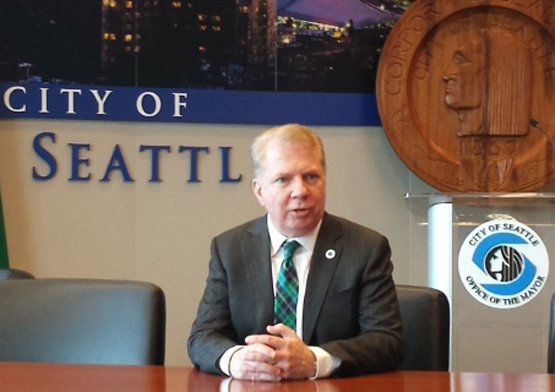 SEATTLE (June 22, 2015) – Today in San Francisco, the nation’s mayors called on the federal government to find a workable solution that allows Somali families living in the United States to once again send money to friends and relatives still living in the Horn of Africa.

In February, the Merchants Bank of California closed down all accounts of Somali-American Money Transfer Operators due to the increasing difficulty of complying with federal money laundering and terrorism financing regulations. That action has created new hardships for thousands of families in Somalia already struggling to meet their basic needs.

was sponsored by Mayor Ed Murray of Seattle and Mayor Betsy Hodges of Minneapolis. Minneapolis and Seattle are home to the largest and second-largest Somali immigrant communities in the United States.

“Like many immigrants, Somali-American families want to send financial support to their loved ones back home,” Murray said. “These refugees who have found a better life in the United States are doing what any of us would do for their family members. The federal government must find a path forward to allow these remittances to continue.”

“Minneapolis is proud to be home to such a large and vibrant Somali community,” said Minneapolis Mayor, Betsy Hodges. “Their ability to send money home provides loved ones in Somalia with a critical lifeline that we must protect. Cash in suitcases in not a solution. I’m strongly requesting that banks work with Somali money wiring agencies so that hard-working residents of Minneapolis can help support their families.”

More than two million people in Somalia are dependent on financial assistance overseas. Somalia receives approximately $1.3 billion in remittances each year. Funding from these accounts had provided for food, water, shelter and education. The effects of these account closures have been exacerbated due to Somali’s lack of a functioning commercial banking system.

“In Somalia, where only one out of every three people has access to safe drinking water, money transfers from the U.S. and around the world comprise the single largest sector of the country’s economy,” said Raymond C. Offenheiser, President of Oxfam America. “These funds help Somalis meet their most basic needs. The U.S. government must pay urgent attention to hard-working Somali-Americans who are struggling to support their loved ones.”

The U.S. Departments of State and Treasury have yet to develop a system that would help local banks meet regulatory standards and allow financial aid to keep making its way to Somalia, while still ensuring the security of the United States. Last month in Seattle, Mayor Murray met with Secretary of State John Kerry to urge action on Somali remittances. 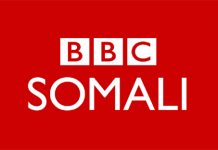