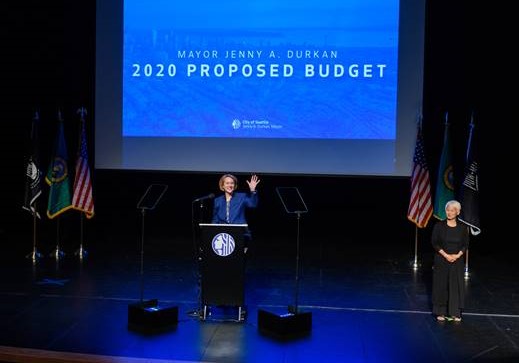 Runta News-Seattle- As part of her 2020 budget, Mayor Durkan announced today nearly $31 million between 2020 and 2023 in new City of Seattle investments in “Vision Zero” transportation safety projects and transit improvements.

The Mayor’s budget includes $16.7 million of revenue from the sale of the City-owned properties on Mercer Street that will now be invested in the City’s Vision Zero plan to end traffic deaths and serious injustices on City streets by 2030.

The Mayor’s 2020 budget invests $725.9 million in the Seattle Department of Transportation overall to advance transportation and transit priorities.

“We must continue to build a more connected city,” said Mayor Durkan. “A world-class city like Seattle needs a world-class transportation and transit system. Taking transit, biking, walking, rolling, and carpooling must be a real alternative to driving, especially if we want to achieve our climate goals. We will continue to invest in a city of the future that has safe, reliable transportation choices.”

The Vision Zero safety projects that Mayor Durkan’s 2020 budget invests in with proceeds from the sale of the Mercer properties include:

New investments in transit will include:

Over the last two years, the City has increased its investments in King County Metro bus service by 71 percent.

The Mayor has also identified funding to close the $56 million gap for the Center City Connector streetcar.

BUSINESS Taxi, For Hire, and TNC Drivers Finally Get Vaccine As...