Rome, 9 May 2016 – While Africa is expected to experience its slowest growth rate this millennium, Kanayo Nwanze, the President of the UN’s International Fund for Agricultural Development (IFAD), brings a strong message of optimism to government and business leaders gathering for the Grow Africa Investment Forum and the World Economic Forum on Africa (WEF) in Kigali this week.

“Investments in agriculture can generate great riches for the continent and lift millions out of poverty and hunger,” said Nwanze en route to Rwanda. “There are high returns to those countries that take agriculture seriously.”

Since 2009 Africa has been seen as the next great investment frontier yet, according to the International Monetary Fund, economic growth on the continent is now predicted to be slower than the rest of the world for the first time in sixteen years. With many countries in southern and eastern Africa suffering from the worst drought in decades, and with fiscal deficits widening and conflicts increasing, some experts are questioning whether Africa is still on the rise.

Despite these dire predictions, Nwanze said Africa is still a continent of unprecedented opportunity, and supporting small-scale farmers and investing in rural areas are some of the best ways for countries to meet their broader development objectives, including poverty reduction. With the right investments, he said, Africa could double its agricultural productivity in the next five years.

“Half of the world’s uncultivated land which is suited for growing food crops is in Africa,” said Nwanze. “We need to work together to harness the continent’s potential and this means investing in small-scale farmers who are the backbone of African agriculture.”

Africa has 25 per cent of the world’s arable land,

yet it generates only 10 per cent of global agricultural output. With a population growth of 2.7 per cent annually, food demand on the continent is expected to double every 30 years. Investments that encourage increased agricultural production would cut Africa’s annual US$35 billion food import bill, keeping this money on the continent to be used for broader economic development.

Nwanze said that investments alone will not transform the continent. Governments need to get their own houses in order and ensure that there is a strong commitment to policies and incentives that encourage higher food production by smallholder farmers.

“At IFAD we know that small-scale farmers do not want hand-outs. They want economic opportunities,” said Nwanze. “I am looking forward to discussing how we can create those opportunities and make agriculture a profitable sector and a powerful catalyst for development.”

The Grow Africa and WEF events will bring together global and regional heads of government, business and civil society. Nwanze will participate in a high-level panel discussion at Grow Africa on “Accelerating Agricultural Transformation.” While at WEF, he will moderate “Rethinking Agriculture,” a session on innovative ways to create sustainable food systems. 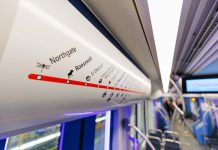 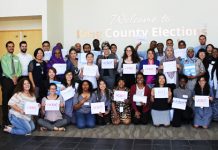 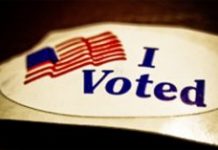 City of Seattle Offers Another Round of Rental Assistance