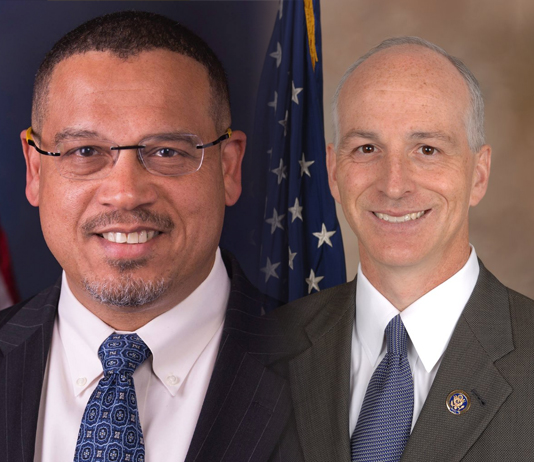 On Sunday May 13, the news network that calls itself “Fair and Balance” aired a story about Remittances that Somali communities in Seattle and Minnesota send to their families and relatives back home. The Remittance that is sent by the Somali Americans and delivered into Somalia has been in scrutiny by the Treasury Department since 2014 when the Department started shutting down the Hawalas accounts in US Banks.

KMSP’s, the Affiliate of Fox News in Minneapolis, report which was titled “Millions of dollars in suitcases fly out of MSP, but why?” was quickly condemned by US Congressmen Adam Smith of Seattle Washington and Keith Ellison of Minneapolis Minnesota. Both Congressmen and Runta News call the report misleading and offensive to the good law-abiding Somalis in Seattle and Minnesota.

Congressman Keith Ellison’s statement was written as this, ““Fox 9’s recent story is poorly reported, presenting a single out of state source to attempt to link domestic fraud cases with the lawful transfer by Somali-Americans of their hard-earned funds to family and friends abroad. It plays to the worst stereotypes about an important Minnesotan community.

“I am proud to represent one of the largest Somali diaspora communities in the world. My constituents work tirelessly to support their communities both here and in Somalia. For years, I have worked with hawalas, Somali community leaders, the financial services industry, federal regulators, and partners in Congress and the White House to improve the remittances process. Although remittances are an essential lifeline for family members abroad who are experiencing war and famine and for the Somali economy, a recent Government Accountability Office report on remittances confirmed that Somalis wishing to send remittances abroad are vastly underserved with few options available. As a result of federal inaction and decisions by banks to discontinue wiring money, hawalas are reluctantly opting for the only remaining option to get essential resources to family in Somalia.

“Financial stability for the Somali people, both here and in Somalia, is one of our strongest protections against the terroristic threat posed by Al-Shabaab. We should be making it easier for our constituents to support their families – not impugning the community for it. Fox 9 should issue a thorough correction and apology for its irresponsible reporting.”

Meanwhile Congressman Adam Smith who is a big supporter and defender of Somali remittances said in his statement, “The recent news report from FOX 9 in Minnesota regarding lawful remittance transfers is both misleading and offensive. Remittances are critically important for individuals and families throughout the U.S. to be able to support their families in fragile nations like Somalia. Remittances are not only relied upon by countless families in these countries to meet their essential needs, but also help stabilize the economies of many countries experiencing violence and famine. Ensuring a secure and peaceful future for vulnerable nations has global benefits for counterterrorism, peace and security, and other areas. I applaud my colleague Congressman Ellison for speaking out about this important issue and will continue to work with him to do all we can to advocate for a solution and advance policies that ensure Americans, such as those in the Somali community in my district, can support their families.”

Since US Banks have closed its accounts to Somali remittances agencies, small scales of cash in combinations with barter-based transactions has been the norm with the knowledge of Treasury Department and port authorities. Fox 9’s investigative report was only based on one man’s opinion. The man they described, “The national, go-to expert” is Glen Kerns, according to the report is “a former Seattle police detective and spent 15 years on the FBI’s joint terrorism task force, until his retirement”.

Runta News thanks to both Congressmen’s Offices in Washington DC who took the time to write these statements when we approached them. Special thanks to Rebecca Bryant, the Communications Director, of Congressman Adam Smith (WA-09) who coordinated the connection and collected the statements on behalf of us. Our Somali and Muslim communities in the United States specially in Seattle, Washington and Minnesota are glad to have the two Congressmen in Washington, DC representing us in the House.