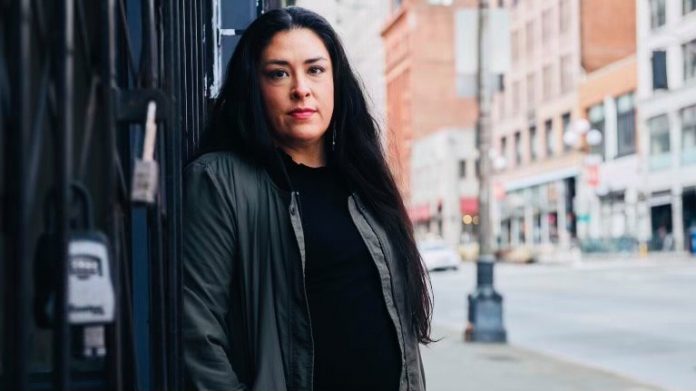 Runta News, Monday, January 25 2021
Seattle, WA- Colleen Echohawk announces her campaign for Mayor of Seattle today, running on a people-first platform to achieve an equitable renewal from the COVID-19 pandemic.
“I’m running for Mayor of Seattle because I love this city, and we have a once-in-a-generation chance to rethink how it works, and who it works for,” says Echohawk on her decision to run. “Our common purpose may be frayed but it isn’t broken, and if we take a people-first approach to renewal then we can become as transformative as our communities demand us to be. We can become a city where essential workers can afford to live. But to do that, we have to acknowledge that the path we’re on isn’t working. The people of our city demand more from City Hall.”
Echohawk is committed to solutions which co-create equitable development and rapid rehousing with community members, and which share the prosperity of the city more equitably, particularly with people of color. Central to her people-first platform is an investment in community-based organizations and businesses. “Many of the most promising solutions to displacement and economic injustice are already taking place within Seattle neighborhoods, Echohawk said. “These community-assets deserve support from City Hall, not an obstruction to progress. One example is in our city procurement practices: Seattle has $1.11 Billion right now in current capital projects, but those contracts and profit aren’t going to people of color led businesses.”
Echohawk will also address policing, and proposes the establishment of a Public Safety Department, with community-based mental health workers and neighborhood liaisons. “We need people to help us care for our neighbors who are experiencing homelessness, and folks that have been hit particularly hard by COVID-19,” Echohawk said. “Those jobs should be filled by people from the neighborhoods they’re serving.”
“Colleen has vision, leadership experience, and an inherent ability to build successful coalitions powered by love and tradition,” said Zachary DeWolf (Chippewa Cree), Seattle School Board Director. “I’ve worked alongside her as she has championed change in housing, homelessness, racial justice, a sustainable environment, just policing, and a more livable city for Seattle’s families and neighbors. Restoring Indigenous leadership to our region is a fitting antidote to 2020 — she is the perfect candidate for this moment.”
Over the past two decades, Echohawk has served the most marginalized living in the Greater Seattle community. As the head of Chief Seattle Club, a non-profit dedicated to the rapid re-housing of urban Natives, Colleen has successfully fought to create nearly $100 million in new affordable housing in Seattle, growing their budget from $450,000 to $11 million. Under Colleen’s leadership, Chief Seattle Club has received recognition from the Puget Sound Sage Visionary for Justice Award (2019), Seattle Community Law Center’s Equity Award (2018), the Neighborhood Builder Award (2017), and Municipal League of King County’s Organization of the Year (2016).
“Colleen Echohawk will be a Mayor who positively transforms Seattle,” says Sally Bagshaw, Former City of Seattle Councilmember. “She combines her deep love for people with her executive expertise. She is gifted in bringing the best out in people. I have seen her in action: she is passionate about service to this city and encourages those who have been left out while listening to those who have been all-in. She is a respected leader who will help us solve critical issues including homelessness while rebuilding safe and healthy neighborhoods. She will align broad interests to recreate our post-COVID-19 economy while creating new sustainable jobs.  Colleen has the vision to reimagine the city we want: a city that is inclusive, vibrant, and respectful of all.”
Echohawk has been recognized by numerous organizations, including the 21 Leaders to watch in 2021 by Seattle Magazine, the King County Martin Luther King Jr. Medal of Distinguished Service (2020), Seattle’s most influential people by Seattle Magazine (November 2019), one of Seattle Met Magazine’s 50 most influential women (2018), the Adeline Garcia Community Service Award (2018), Antioch University’s Public Service Award (2018), and Crosscut Media’s Courage Award for Public Service (2016).
Echohawk is an enrolled member of the Kithehaki Band of the Pawnee Nation and a member of the Upper Athabascan people of Mentasta Lake. Colleen and her family have been proud to call Seattle home for over two decades. In her spare time, she loves to read, sing karaoke, take her dog Rizzo for a walk, listen to National Public Radio, and cook delicious food for her friends and family.
Website: www.echohawkforseattle.com
Email: info@echohawkforseattle.com
Facebook: https://www.facebook.com/echohawkforseattle/
Twitter: https://twitter.com/EchohawkForSea
Instagram: https://www.instagram.com/echohawkforseattle/

New Citizens Join the Pool and Now Are Fellow Americans