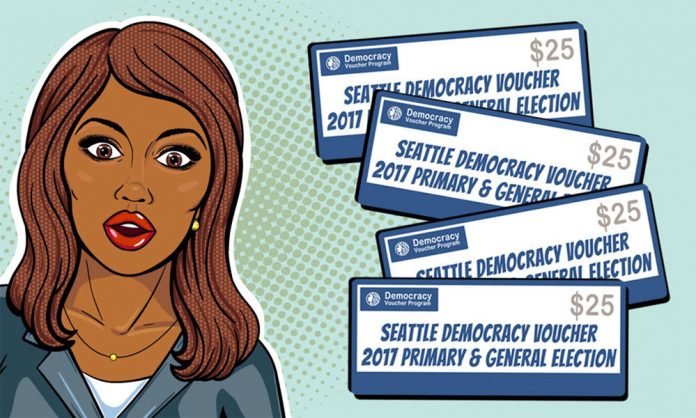 Are you interested in running for Seattle City Council in 2019? Use Democracy Vouchers to help finance your campaign!

Seven Seattle City Council District positions will be on the ballot in 2019. Seattle residents who want to represent their city council districts may qualify for up to $150,000 in Democracy Vouchers from the City of Seattle to help finance their campaign. Candidates may pledge to be in program beginning July 2, 2018.

Candidates who are interested in qualifying for Democracy Voucher funding must collect donations of at least $10 from 150 Seattle residents, with 75 of those donations coming from within their districts. By collecting these donations, the candidate demonstrates their willingness to gather support from their community to qualify for the program.

Running a competitive campaign can be expensive and access to funding can serve as a barrier for new candidates. Executive director Wayne Barnett says, “one of the goals of the Democracy Voucher program is to increase the number of candidates by creating a new source of funding. Democracy Vouchers give candidates the ability to fund their campaign by collecting vouchers from nearly any Seattle resident.” 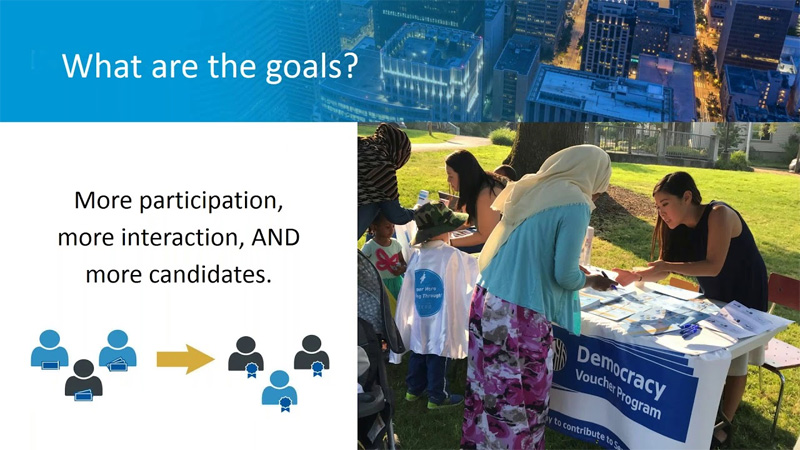