SEATTLE – Council authorized $600,000 today with a unanimous vote (9-0) that will be dedicated to programs that provide alternatives to youth incarceration, including mentorship, intervention services, or other solutions.  Last year, Council resolved to pursue policies that would lead toward the goal of zero incarceration of juveniles in Seattle, and, at the urging of community members, Council identified money in the City budget to begin developing solutions to divert youth from jails.

Today’s vote lifted a proviso held on the $600,000 and releases the funds to the Social Justice Fund (SJF) nonprofit.  Using a new funding model, community volunteers, including affected youth, will determine which diversion programs will receive funding via a community-based competitive bid process. SJF will recruit 15-25 affected youth, community members, and parents to determine which community organizations will receive funds to identify alternatives to youth incarceration. The volunteers will learn how to fundraise and write grants to further increase the amount of money available for diversion programs.

“This vote today comes as a result of dedicated, compassionate and effective advocacy from community members who brought the issue of juvenile incarceration to the forefront,” said Councilmember Mike O’Brien.  “If we’re going to identify alternatives to discipline and punishment, it’s going to come from the wisdom of the affected communities.”

Councilmember Lisa Herbold, Chair of the Civil Rights Committee said, “This innovative, community-led alternative will allow those disproportionally incarcerated to determine the best way to meaningfully address the fact that Washington ranks first in the United States for jailing youth for offences such as truancy and running away from home.”

James Williams, community organizer and member of the Ending the Prison Industrial Complex (EPIC) movement, said, “The Zero Youth Detention resolution and $600,000 that were set aside in the most recent City budget only happened because of the No New Youth Jail movement that has been building in Seattle for the past several years. Since 2012, young people and organizers from Seattle’s Black community have been building a movement to stop the construction of a $210 million dollar New Youth Jail. Since 2014, much of the work has been led by an anti-racist community organizing group called Ending Prison Industrial Complex. EPIC and the No New Youth Jail campaign have supported expanded use of community led alternatives to detention and addressing root causes of poverty.

“EPIC are part of a vast community network and build on the works of community organizers who have been doing this before us. Our work is guided by the Peoples Institute Anti-Racist organizing principles. I believe we have only been able to accomplish what we have and kept the movement building this long is because our work is principled and we have been deliberate about being led by communities most affected. In the past few years, we have brought together a lot of people who understand the Youth Jail is moving in the wrong direction.

“Right now, the resolution is just words on paper. I believe it will only work, those promises will only be kept, if the movement continues to build and community keeps pressure on elected officials to do the right thing.” 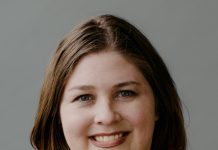 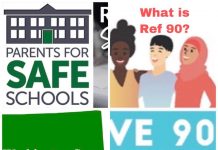 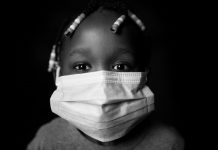