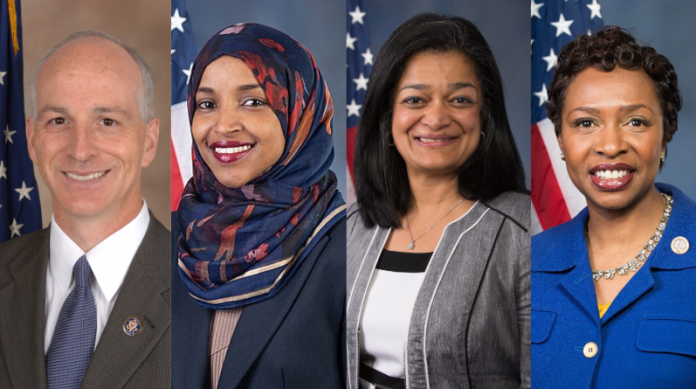 On March 17th, TPS for approximately 500 Somalis will be due to expire. Although Somalia has made progress in the last decade, conditions in the country are still much too dangerous for people to be forced to return. If TPS is allowed to expire, it will be potentially life-threatening for the people sent back to Somalia.

“The security situation in Somalia remains extremely fraught, with Al-Shabaab continuing to hold large swaths of territory and carrying out attacks against civilians in Mogadishu and other population centers,” the Members wrote. “Many TPS holders have escaped Al-Shabaab and would return to Somalia with targets on their backs. Forcibly returning them is tantamount to a death sentence. In fact, several Somali deportees have been murdered by Al-Shabaab. Somalis belonging to marginalized communities, such as ethnic minorities, women, and girls are at even more risk.”

“It is critical that the Trump Administration re-designate Temporary Protected Status for Somalia before it expires in March,” Rep. Smith said. “Letting TPS expire for Somalia could be potentially life-threatening for TPS holders. Many of these individuals have lived in the U.S. for decades – raising their children here and contributing to our communities in countless ways. It’s time for the Trump Administration to give Somali TPS holders the certainty and stability they deserve.”

“Somali TPS holders – some of whom have lived in the United States for almost three decades – face the agonizing uncertainty of their futures, and the futures of their U.S. citizen children,” Rep. Omar said. “Many Somali TPS holders would be targets if they were forced to return. Holding people in suspense about what could be a matter of life and death is unconscionably cruel. Their extension should be completed as soon as possible.”

“Republican and Democratic administrations have repeatedly granted Temporary Protected Status to Somalia, and the country is still suffering from terrorism, poverty and environmental disaster,” said Rep. Jayapal. “Any departure from this policy would be cruel, inhumane and unjustified. In my own district and throughout America, Somali families are treasured members of our communities, and we should not be tearing them apart and sending them into unsafe conditions. The Trump administration must extend Temporary Protected Status for Somalia without delay.”

“Throughout our history, our great nation has served as a place of refuge and solace for immigrants and it is unsettling that our Somali neighbors and friends could face family separation or a return to unstable or potentially dangerous living situations,” Rep. Clarke said. “This Administration’s attempt to hold the extension of temporary protected status above the heads of Somalis whose livelihoods depend on it is cruel and wrong. We must put politics aside and make decisions that uplift and protect the American people, which includes Somali-American children and their parents whose contributions have made our communities better and stronger and we must protect our immigrant friends and neighbors by extending Somali TPS as soon as we can.”

The full letter is available below:

We write to urge you to re-designate Temporary Protected Status (TPS) for Somalia. While Somalia has seen tremendous progress in the last decade, it is still recovering from almost 30 years of civil conflict. Returning Somali TPS holders to Somalia would put their lives at risk.

The security situation in Somalia remains extremely fraught, with Al-Shabaab continuing to hold large swaths of territory and carrying out attacks against civilians in Mogadishu and other population centers.

Many TPS holders have escaped Al-Shabaab and would return to Somalia with targets on their backs. Forcibly returning them is tantamount to a death sentence. In fact, several Somali deportees have been murdered by Al-Shabaab. Somalis belonging to marginalized communities, such as ethnic minorities, women, and girls are at even more risk.

In addition to the violence in Somalia, there is a pressing humanitarian crisis impacting millions of Somalis. Massive flooding is causing displacement, loss of agriculture and livestock, and lack of clean water. Of the 4.2 million Somalis in need of aid in 2019, 1.5 million face crisis or emergency levels of food insecurity. Roughly 2.6 million are internally displaced. Some 320,000 people were displaced by conflict in 2018—the highest level of conflict-related displacement in four years. By UN estimates, 3 million children are not in school, and one in seven children dies before their fifth birthday.

Terminating TPS for Somalia would also have devastating consequences for the American-born children of Somali TPS holders. Parents would be forced to decide either to leave their kids behind or take them back to Somalia to face terrible conditions.

We acknowledge and commend the Somali Central Government for its continuous efforts to improve the economic, political, and security situation in Somalia. It is clear, however, that the conditions are not favorable to the return of TPS holders. In some cases, the removal of Somali TPS-holders would be life-threatening. For this reason, we urge you to re-designate Temporary Protected Status for Somalia.

We look forward to your prompt response.