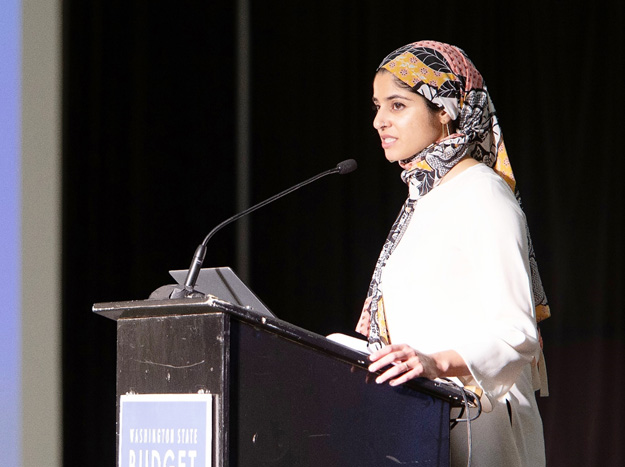 By Melinda Young-Flynn for Runta News

The Washington State Budget & Policy Center held its seventh annual Budget Matters Policy Conference at Seattle Center on November 13. It served as an opportunity for community members, elected officials, advocates, and more to gather together focus on how to advance bold policy solutions to help all Washingtonians thrive during the upcoming legislative session in Olympia. 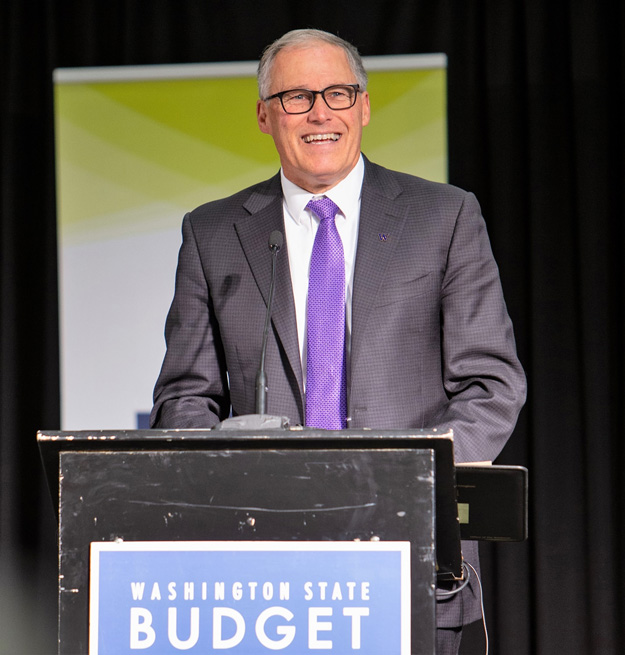 Seattle poet and social justice activist Louie Vital performed spoken word poetry. John A. Powell from the Haas Institute for a Fair and Inclusive Society and Gov. Jay Inslee gave the keynote addresses. And a panel moderated by Misha Werschkul of the Budget & Policy Center –featuring Jessyn Farrell of Civic Ventures, Aiko Schaefer of Front and Centered, and Erica Williams of the Center on Budget and Policy Priorities – unpacked the midterm elections. The panelists discussed progressive policy wins nationwide from the midterm elections – including better representation of people of color, Muslims, and women in Congress; higher minimum wages; and Medicaid expansions – as well as the need for better voting protections and policies that are inclusive, not divisive and racist.

At this year’s event, All In For Washington Director Sumayyah Waheed also gave a presentation about Washington’s upside-down tax code. Our tax code forces people in Washington who make $25,000 or less a year to pay 18 percent of their income in state and local taxes, while those in the middle pay around 10 percent, and those who make more than $500,000 a year pay just 3 percent. That’s completely upside down, and doesn’t match our values as a community.

Sumayyah also pointed out that the legacy of racist policies like segregation and redlining – combined with ongoing racial discrimination in areas such as housing, employment, and law enforcement – have kept Black and Brown communities in Washington furthest from opportunity. What’s more, a new report shows that many of the key tax policy decisions of the past, including the adoption of many types of regressive sales taxes, often reinforced already profound barriers faced by people of color. So in present-day Washington, many communities of color are over-represented in the lowest-income, highest-taxed portion of the population. But we can change that if we clean up the tax code to make it more equitable.

Sumayyah also moderated a panel called “How the Working Families Tax Rebate can transform the tax code.” The panel emphasized how enacting a modern Working Families Tax Rebate in our state would help turn the tax code right-side up. This rebate is Washington state’s version of the federal Earned Income Tax Credit, which provides people who make low wages with a boost to their incomes in the form of a tax refund. “Enacting this rebate would transform Washington state’s tax code from one that holds back hardworking but low-paid Washingtonians to one that promotes economic security by helping low- and moderate-income workers keep up with the rising cost of living,” said Sumayyah. (The rebate was also referenced in this recent Runta News op-ed by Ayanle Ismail).

Almost 300 people attended the Budget Matters conference, which also included panels on topics including how child savings accounts strengthen economic security and how to build an equitable and sustainable property tax code.

Visit budgetandpolicy.org to find out more about the work of the Washington State Budget & Policy Center. 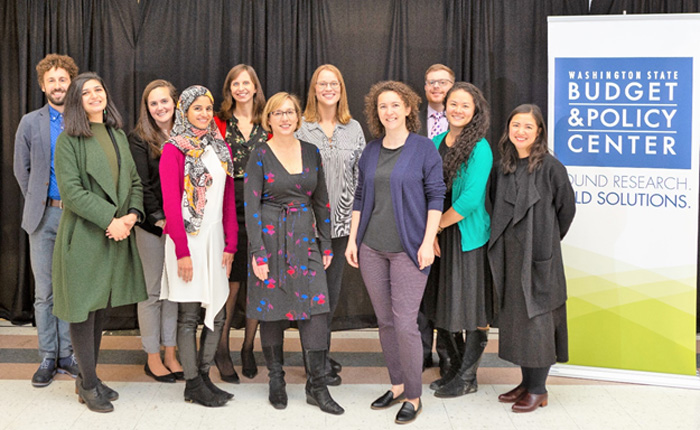