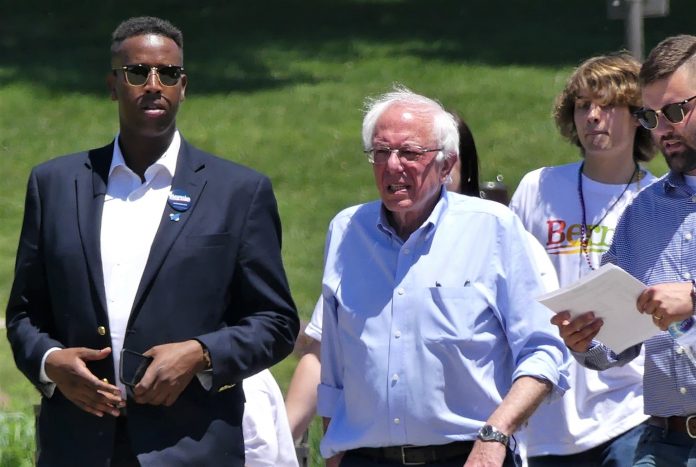 “I was born in the middle of a civil war, grew up in a refugee camp and traveled across a desert to seek asylum in America with my mother, and today I can tell her with great pride that I am serving as Bernie Sanders’ Iowa Political Coordinator,” said Omar. “Together, we are not only making history on this campaign, we are completing a political revolution that started right here in Iowa.”

“Abshir not only shows us the promise of America, his experience in grassroots organizing and ability to inspire people to join the revolution will play a pivotal role in building on Bernie Sanders’ success in Iowa,” said Iowa State Director Misty Rebik. “We’re incredibly happy to have Abshir on the campaign as we continue full speed ahead on breaking records and winning the Caucus.”

Abshir Omar was born in Mogadishu, Somalia during the Somali Civil War, a deadly conflict that has claimed the lives of Omar’s father, extended family members and, eventually, one of his brothers. Omar fled Somalia with his mother to the UN Refugee Agency’s Dadaab Complex in Kenya. After several years in the refugee camp, Omar was sponsored by an American church and granted asylum in the United States.

As a Muslim Somali refugee in America, Omar became increasingly involved in political organizing in 2016 while Donald Trump threatened to impose a Muslim ban and refuse asylum to refugees. Since then, Omar has run intersectional organizing efforts, including running for Des Moines City Council in 2017, serving as the Iowa Democratic Party Progressive Caucus’ District 3 Vice Chair and sitting on the boards of the Oakridge Neighborhood and the Interfaith Alliance of Iowa.