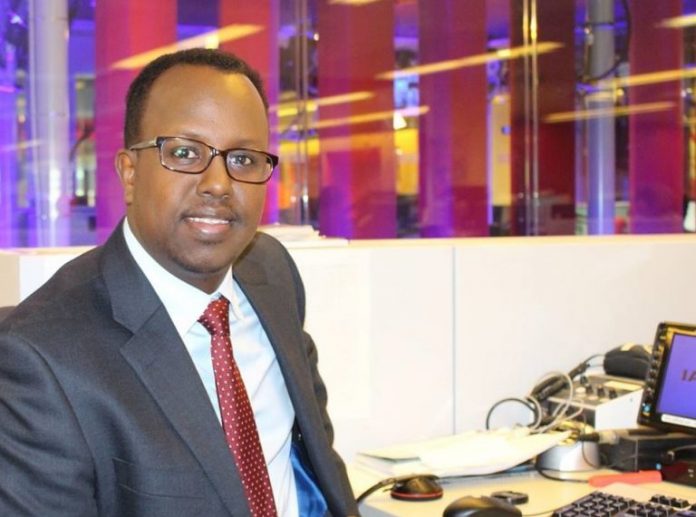 10 April 2017.  BBC Somali launches a new flagship TV news programme on April 24th at 1700 GMT.
As part of its growing investment in Africa, the BBC is launching a TV news programme for its Somali speaking audience.

The 15 minute daily (Monday to Friday) programme will cover global and regional news, business, technology sport and entertainment. It will be aired on some local free to air TV stations bringing impartial, independent and objective information and analysis to millions of Somali speakers in the region and the diaspora.

The TV programme will offer an international perspective on how global developments affect Somalia – and how events within the region are seen by the rest of the world. It will benefit from a growing network of journalists based in the region and overseas in countries such as the UK and the US.

Broadcast from London, it will offer balanced and trusted news and the best of the BBC’s original journalism in a dynamic and engaging style.  Viewers can interact with the programme online @bbcsomali and bbcsomali.com.

“It’s the perfect moment to launch a TV news offer for our audience because BBC Somali service is this year celebrating its 60th anniversary. Our aim is to reach young and aspirational Somalis who are increasingly consuming news via TV, digital and social media platforms. We hope this TV programme will soon become essential viewing for Somali audiences globally.”

“The BBC is responding to what Somali audiences want. Over the years we have built a strong audience base particularly on Radio and we know that the way audiences consume media content is changing. This news programme will deliver journalism, based on our long-standing principles of independence, accuracy and unbiased reporting.”

The significant investment in Africa over the next few years will see establishing co-productions and commissions with local independent producers as well as training and mentoring for the next generation of African journalists.

The BBC Trust and the Foreign Secretary have approved the new language services, in accordance with the Broadcasting Agreement.