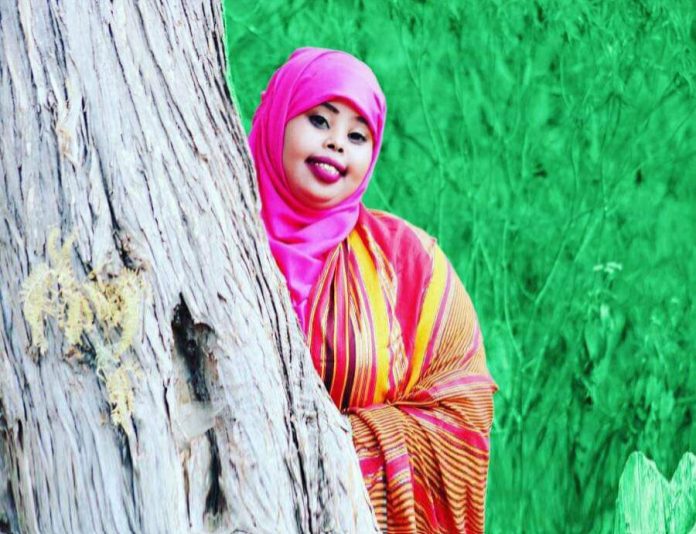 Kaltun Nasir Hussein has been revealed today as the winner of the BBC News Somali Young Female Poet 2019 award. Kaltun is a 26 year old mid-wife from Bur’o in the self-declared republic of Somaliland and the 3rd person to win this BBC News Somali Award, which launched in 2017.

The winning poem will be broadcast by BBC News Somali and Kaltun will be presented with the award at a ceremony today in Djibouti. Also awarded will be the first and second runners up; Falastin Khalif Yusuf, from Mogadishu, and Roda Salah Isse, from Hargeisa, respectively.

Abdullahi Abdi Sheikh, Editor of BBC News Somali says: “BBC News Somali is always happy to showcase young talent and this poem is a well- deserved winner.  It can be seen as hopeful and talks about how beautiful the Somali inhabited land is, and how the sea surrounding the land is accumulated with wealth.”

The BBC News Somali Young Female Poet award has had hundreds of entries over the years and continues to highlight the culture of poetry among Somali-speaking women, wherever they are – bringing the audience new and unique voices. Somali women’s creativity is widely acclaimed and this BBC award is providing women with an avenue to showcase their talent and creativity.

Last year’s winner was Shugri Jama Ibrahim, an 18-year-old secondary student in Bosaso, in Puntland state of Somalia. Her poem explored traditional Somali culture and cultural utensils that were in use in nomadic life.

The name of God, with it a poem is begun

A commanding verse I propound, and wisdom with celestial appeal,

With it I awake my people, a hundred thousand times.

(With it) I send my message to all our regions;

From Burtinle to Sanaag, and the residents of Baay,

From Bosasso to the shores of Berbera, to the beloved inhabitants of Buuhoodle,

(While) they are the same people, and revelling in peace,

In prosperous territories, with aplenty of viands and broth,

Of land blessed with riches, and seas accumulated with wealth,

In which our people no longer depend on foreigners,

A time of bliss (when) the beauty of our land is brought to the light,

(When) such (time) comes success won’t remain a mirage to chant,

Inside our prosperous land (then) I intend to rejoice.